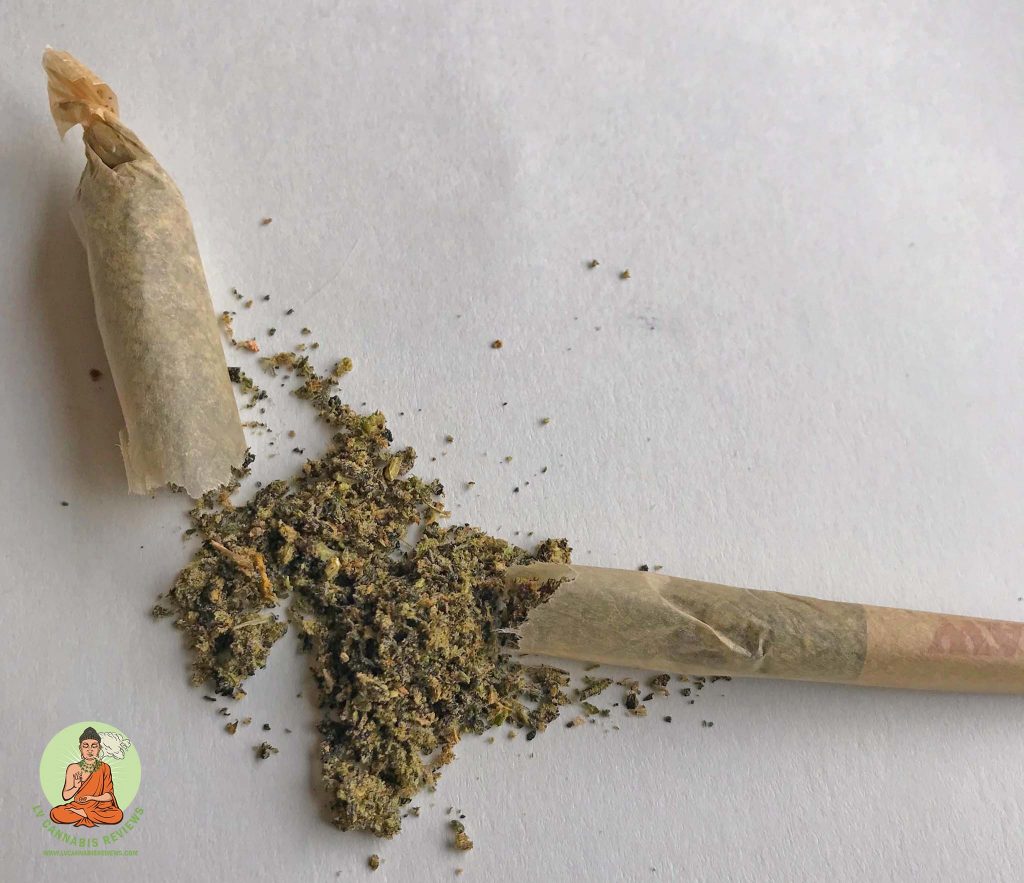 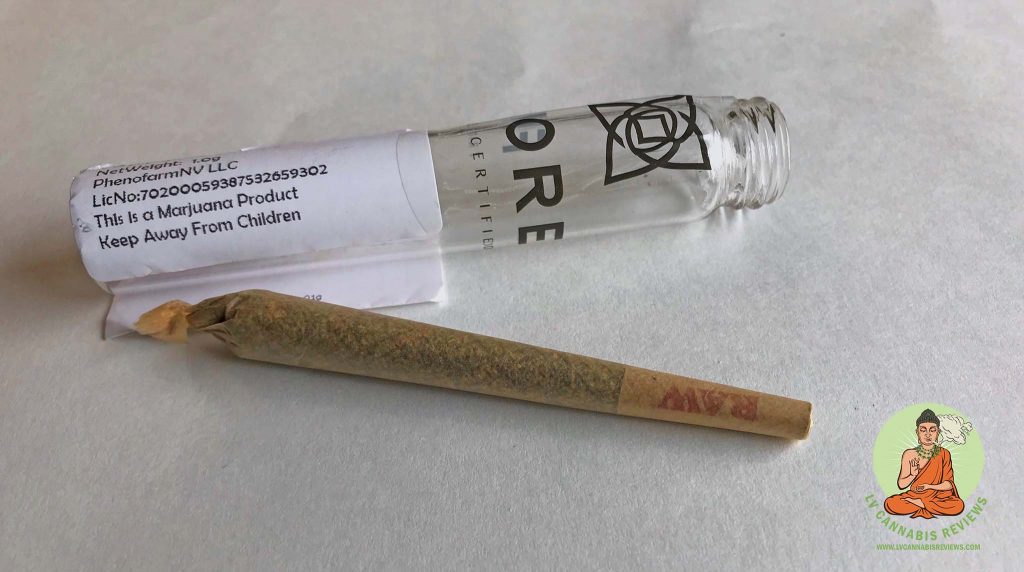 The DosFiore pre-roll by Fiore caught my eye when I was scanning. At 27% THC, it’s thick with cannabinoids. The joint is visually appealing as well. You can see how dark the weed is through the paper.

Appearance 5/5
The weed is dark and purplish. Rip the joint into two pieces and a small mountain of finely ground cannabis will tumble out. The rich color is eye-catching. I can only imagine what the full, untouched buds must look like. The natural green color you associate with weed has all but disappeared. Ground up, the weed looks more like a scoop of wet mud than fresh plant matter.

Aroma 5/5
DosFiore smells like freshly mown grass mixed with diesel. The aroma is both inviting and subtle. When I lit the joint, the smell wafted across the entire room. It’s a potent, pungent smell.

Taste 5/5
DosFiore tastes like pineapple and diesel. Almost every flavor note is sweet. The flavor lingers heavily in my mouth every time I exhale. The aftertaste is more pleasant than the smoke. It tastes like a piece of gum that you’ve been chewing on for a while.

Effect 5/5
DosFiore is testing at a meaty 27% THC. I still needed to smoke two bowls before I was properly stoned. The high is slow building. I was just starting to drift into my usual glassy-eyed, stoned state when I took a second puff.

The high warms the muscles and pulse energy into the brain. I wanted to run around town saying, “hi” to everyone I saw. For some reason, I thought it would be social rather than creepy.

Medical patients’ needs are tricky. DosFiore is a peppy, sativa-leaning hybrid. For people struggling with certain mental health or mood disorders, the strain can be a lifesaver. However, the same dose of THC can trigger anxiety in someone else.

Anyone who’s interested in trying DosFiore for medical purposes should proceed slowly. Don’t attempt to finish the joint in one sitting. Break it open and load small bowls or put the joint out after taking a hit or two.

This is fantastic weed. The DosFiore pre-roll by Fiore delivers a sublime high. Grab this joint before you head out to a concert or a night out on the strip. I was bubbling with energy after smoking a puff.

You’re stuck with the pre-roll. NV Made doesn’t sell the strain in flower form.

Nevada Made Marijuana was a fun, local spot to hit up in Henderson – their deals are amazing and the products they carry are even better.

Nevada Made Maraiuana is tucked inside a generic office building. It’s the type of place where a reasonably successful businessperson sets up shop. The stoners constantly streaming in and out of the building add character.

The dispensary is located on the second floor. You can take the elevator or the stairs. The lobby has the bland corporate aesthetic common in these types of office perks. No one’s going to be offended by the design, but no one’s going to be rapturously in love with it either.

When you check into NV Made, you’re given a number. A budtender calls you into the main dispensary when it’s your turn. The space is much bigger than I expected. The inventory is laid out in glass cases around the room. Your budtender leads you around like a tour guide.

NV Made’s process is a little slow, but the dispensary is a favorite among locals. The owners are constantly offering amazing deals. To find out about the best one, you need to join their text program. They’ll sling you a text a couple of times a week to let you know what’s going on.

My budtender was fun. I fed off his exuberance. Most dispensaries have tip jars at the register because there are so many budtenders who go beyond the bare requirements.