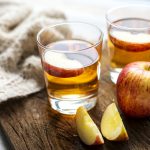 Who doesn’t love the autumn months? There is something tremendous about the falling leaves and the brisk weather that really warm this ol’ heart of mine. Given that the climate during this time of year is routinely on the cooler side of things, it often has me looking for ways to warm up. Sure, a nice fire or thick blanket can do the trick, but nothing really soothes the soul like a tasty drink to really heat things up.See also: Star killer by Shango is a 5⭐️ bud that will lift you high! In that case, there are a dozen different options one could employ in order to find warmth via liquid. The old school folks often rely on a snifter of brandy to do the trick. Others depend on the comfort of a sharp martini to really bring the heat. But for me, I enjoy the calm taste of a quality apple cider. Which, to some may sound lame, but I bet you would be singing a different tune once you try my special apple cider.What makes it so special, you ask? Well, as I’m sure you could already tell from the title of this piece, it’s special because it’s chock full of cannabis!That’s right. After a decent amount of combing through marijuana menus and cannabis-related recipes on the world wide web, I was able to stumble across a flawless concoction, enriched with THC, that is guaranteed to satisfy all your thirsty cravings on a calm autumn night in.But first, before we launch into this recipe all willy-nilly, we need to make sure you have all the proper ingredients ready and raring to go.

Alright. Now that you have everything you need, we can really get started on making a delicious batch of Marijuana Apple Cider.