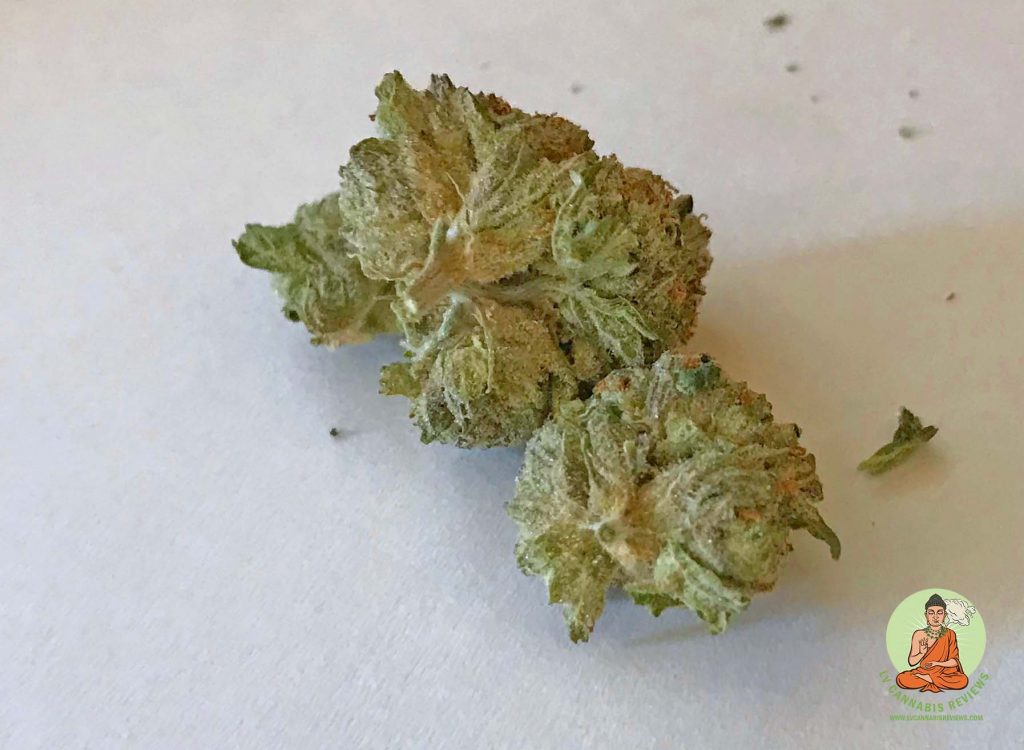 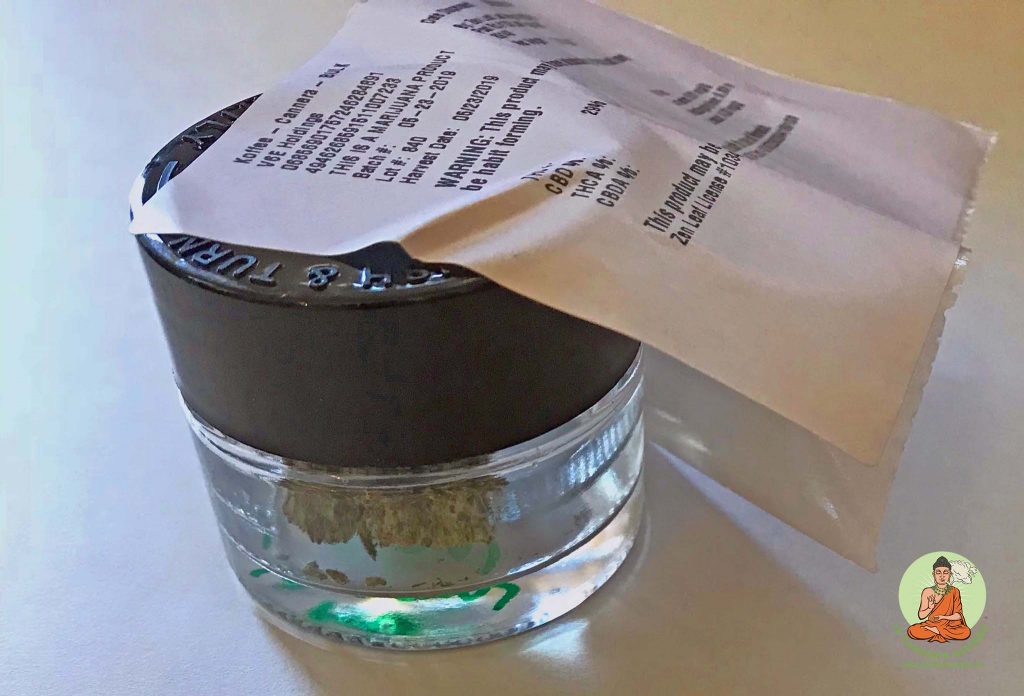 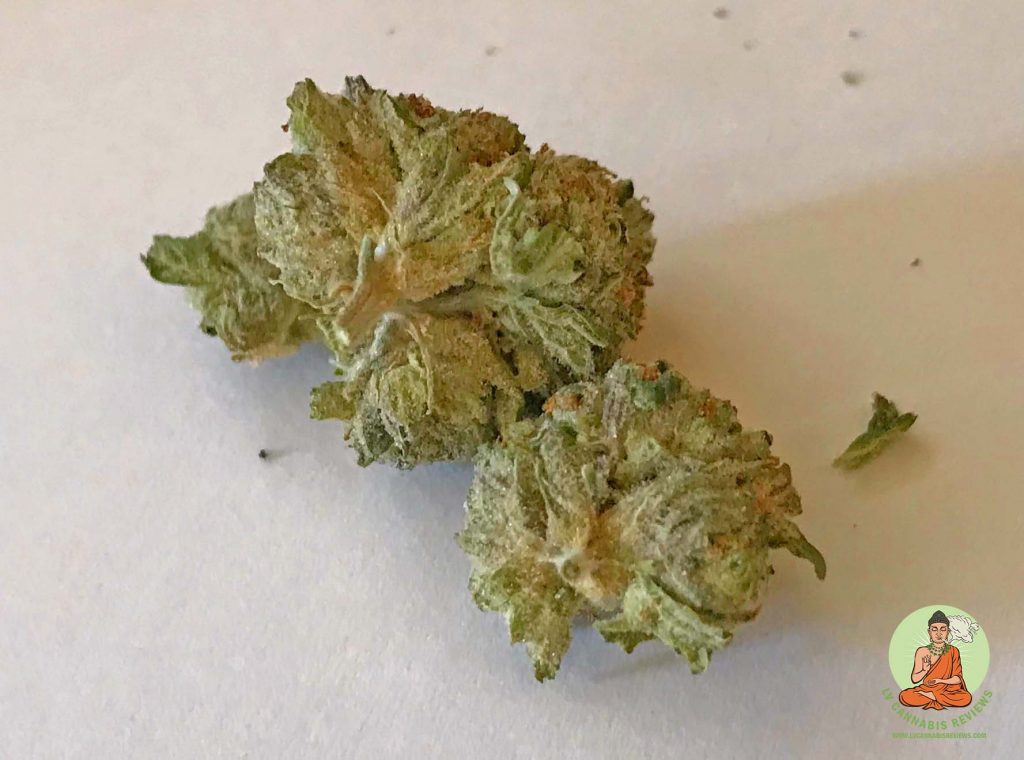 Koffee by Cannera is the strain you end up with when you have no idea what you want. It’s testing at 25% THC, enough to attract almost any smoker. The buds are dull and bland looking. All of their power lies in the trichomes.

Appearance 3/5
Each Koffee bud is an insipid green color. A few tendrils of orange hair break up the monotony. The buds look mediocre. There’s nothing for the eye to latch onto. When I purchased my gram, the budtender whipped out a large, barrel-shaped, jar filled to the brim with Koffee nugs. Even then, the weed didn’t appear impressive.

Aroma 4/5
You might expect the buds to smell like coffee. However, that’s not an accurate way to describe the aroma. Buttered toast mixed with rich soil would be a more apt description. The scent is intensely inviting. It’s hard to appreciate it until you’ve smoked more than one bowl. The scent needs time to build up. It’s rich and complicated, yet it isn’t very strong.

Taste 4/5
The first flavor that develops on the taste buds is a light sweetness. It tastes a bit like brioche. The smoke is light and easy to inhale. I took long drags from my bong and never coughed once. Inexperienced smokers might like this strain because it lacks the typical, “weed” flavor.

Effect 4/5
Koffee hit me out of nowhere. It’s not a sleepy high, yet it creeps up on the body. I was a couple of bowls deep, before I realized how stoned I was. The high lifted my mood before settling deep into my muscles. I felt relaxed every minute. I could feel every bit of the 25% THC content.

Koffee is a good work strain. If you have a lot of errands you need to muscle through, these buds are the perfect companion. A couple of puffs will get eliminate any sense of boredom. A trip to the DMV would be pleasant, if you were high on Koffee.

Koffee by Cannera doesn’t look like much, but the buds are surprisingly dank. Each one emits a tantalizing aroma. Cannera is one of the smaller brands in town. It’s hard to find. If you stumble onto this strain, buy it in bulk. You might not come across it for a while.

Zen Leaf is a great option if you find yourself in the area. While tiny, I still found the location to be fully stocked on product, with a wide variety to choose from.

You probably won’t go to Zen Leaf if you’re a tourist. The dispensary is at least a 30-minute drive from the strip. It’s located inside a nondescript office park. I drove around the lot for at least a minute before I spotted the familiar green plus sign.

Like most local-oriented weed spots, Zen Leaf is tiny. A receptionist in the lobby sits behind thick glass. If you’re not in the system yet, this is where you’ll give up your information. Zen Leaf’s rewards system is notorious. If your phone number is on file, you’ll receive constant text deals.

There was nobody else inside when I visited, so, I was ushered back to the main dispensary almost immediately. The line forms by the door where you’ll find a wooden display case showing off a few select strains. The menu blazes across multiple, high-definition TV screens, mounted onto the wall. Zen Leaf doesn’t sell pre-packed weed. When you buy a nug, it’s weighed out in front of you ensuring you get the best deal.

The weed I bought was absurdly dense. A single nug made up most of the gram.

I like Zen Leaf’s budtenders. They exude an air of quiet confidence. They wouldn’t be out of place as baristas at a trendy downtown coffee bar. I know a lot about cannabis, but I still like to chitchat about flower. Nobody knows a dispensary’s strains better than a budtender.