Kratom and cannabis are two of the most popular plant-based products in the world, and each of them has its own hardcore fanbase. Interestingly, although they are desired for the similar benefits they offer, cannabis and kratom share few similarities between them. In fact, they might as well have come from two different continents, which, ironically, isn’t the case.


Now, let’s take a close look at what makes these two plants so similar or dissimilar from each other.

Kratom vs. Cannabis: Origin and Sourcing

Today, cannabis is one of the world’s most widely cultivated recreational plants. However, it originally comes from the warm, temperate climates of East Asia, where it is used for both medicinal and recreational purposes.

Over several millennia, the cultivation and use of cannabis spread around the globe until it finally made its way into the Americas soon after the New World was discovered. Today, cannabis is cultivated in large indoor farms with carefully controlled environments across the length and breadth of the country.

Kratom, in contrast, is native to South-east Asian countries like Thailand, Malaysia, and Indonesia, and has only started making inroads into The West in the recent decades. However, it has a long history of usage in its native countries, where it is used for both recreational and medicinal purposes.

Currently, kratom is not cultivated in the US and is exclusively sourced from its native regions.

Kratom and cannabis do not share any ingredients of significance for their users.

The primary active ingredients in kratom are alkaloids, which are several in number. However, the most potent and popular alkaloids in kratom are mitragynine and 7-hydroxymitragynine, which occur in varying degrees of concentration in different strains of the kratom plant.

Cannabis is sought after for its cannabinoids, which has interesting effects on the mind and the body.

Two of the most popular cannabinoids are tetrahydrocannabinol (THC) and Cannabidiol (CBD), of which the former has an intoxicating effect, while the latter does not. Depending on their desired outcome, cannabis users often prefer cannabis products that exclusively feature one of these cannabinoids.

The Legality of Kratom vs. Cannabis

The good news is that kratom is not federally regulated in the US.

The bad news is that it is under persistent attack from the government and its organizations. The Food and Drug Administration (FDA) and Drug Enforcement Administration (DEA) have previously tried to ban it, only to have their efforts thwarted by a passionate community of scientists and kratom advocacy groups.

In contrast, cannabis is one of the most notoriously regulated substances in the world, with varying degrees of restrictions on its cultivation, distribution, possession, and consumption.

In the US, cannabis use is highly regulated, and mere possession can lead to convictions with prison time. In fact, cannabis usage, excluding medical purposes, is prohibited in almost all the states, except a handful of them. 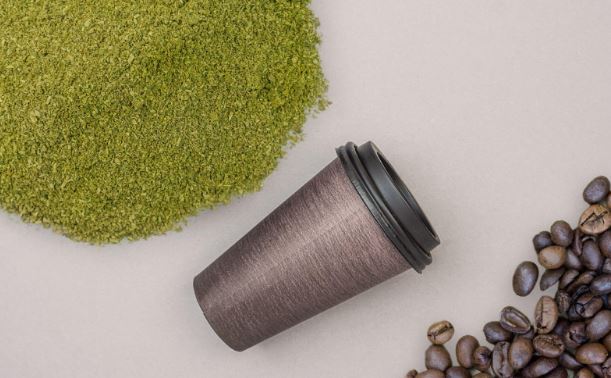 Health Impact of Kratom vs. Cannabis

Cannabis has several decades of advantage over kratom when it comes to mainstream acceptance. For this reason, scientists have been studying the plant and its active ingredients for a much longer time. There is a vast body of scientific literature on cannabis and its products, with its applications ranging from recreational to medical. Indeed, marijuana advocacy groups have been using the mounting scientific literature on the benefits of marijuana to push for its legalization across the country. However, concerns about its side effects  continue to hamper their efforts.

The little-but-growing scientific literature on kratom does not point to any adverse effects of kratom use among frequent users.

Kratom users enjoy a delightful variety of choices when it comes to kratom consumption. Today, kratom products are available in several different forms, as follows:

Kratom users can use raw kratom, such as dried kratom leaves or kratom powder, to fashion more creative consumption options like kratom tea, kratom extracts, and so on.

Traditionally, cannabis users smoked its dried leaves to enjoy its effects. In recent years, however, users and vendors alike have become more creative in their ideas for consuming cannabis. They use it as an ingredient in preparing juices, brownies, cookies, biscuits, teas, coffees, chocolates, and the list goes on. In fact, you are only limited by your imagination. You can even find topic products of CBD oil in the market.

Different products and strains of cannabis vary in the intensity of effects they offer users. However, the concentration of active ingredients is consistent within the same strains. Also, the effects of a particular strain or product of cannabis is generally predictable across individuals, at least when they are initiated into it before they develop individual tolerances.

On the other hand, kratom’s effects on users are primarily specific to the individual. The same serving sizes can have different effects on the user, even when consuming it for the first time. So, it’s up to the users to start small and increase their dosages until they hit their sweet spot.

Kratom products operate in a highly self-regulated industry. All trusted kratom vendors operate with the American Kratom Association Good Manufacturing Practices certification, which is awarded after the vendor has implemented tight and extensive controls over supplier screening, kratom sourcing, and their entire supply chain. Vendors are even required to get their products tested with a third-party lab within the US before they are granted the AKA GMP certification. So, users can expect high-quality products, free from contaminants, when they buy kratom from AKA GMP qualified vendors in the country.

In stark contrast, the cannabis industry is notorious for peddling adulterated products for attractive prices. The situation is particularly worse in regions where cannabis usage is strictly regulated, and users are forced to buy whatever is available to them with little regard for quality.

Kratom and cannabis products offer well-documented benefits, which is why they are used by millions of people globally. However, you can enjoy those benefits only when you buy pure, high-quality products free from contaminants.