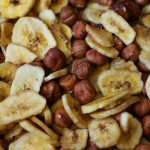 Satisfy Your Sweet Tooth With Some Cannabis Banana Split Cupcakes

For the cupcakes, you’re going to need:

For the beautiful buttercream frosting, you’re going to need:

And, finally, for the ganache, you’re going to need:


*To ensure you are giving yourself thecorrect dosage, please consult our Dosing Calculator located on this page*Our culture isseemingly obsessed with making everything handheld, mobile-friendly, and easyto enjoy “on-the-go.” Which, don’t get me wrong, I fully understand. We live ina hustle-and-bustle world that demands constant movement, which is why suchtreats are becoming increasingly more desirable as the years go on. And, ifyou’re looking for a compact, yet super flavorful version of a beloved classic(with a cannabis twist), look nofurther than these Cannabis Banana Split Cupcakes.SEE ALSO: Simple Recipe For Pot Pistachio CupcakesThese deliciouslydank Cannabis Banana Split Cupcakes miraculously capture all of those nostalgicflavors and tastes from a typical ice cream dish, and magically transforms theminto a muffin-sized morsel of marijuana marvelousness!If you’re eagerto tackle this recipe, you will first need to obtain the following keyingredients.
Calories: 563.1kcal
Cost: Approx. $20+