The consumption of cannabis plant-derived compounds is a much-discussed topic all over the world. While many countries have banned cannabis in all its states, there are some nations who have realized the health benefits of the chemical produced by it, known as CBD, and are using it to advance their medical approach for treating chronic illnesses such as sleep disorders, dementia, mental health problems, etc.

The chemical present in the cannabis plant is cannabidiol which is abbreviated as CBD. With its medicinal properties, it is widely used in some countries to treat patients suffering from various illnesses but today we will learn in-depth about its importance in treating dementia.

But first, let’s learn more about what CBD is: 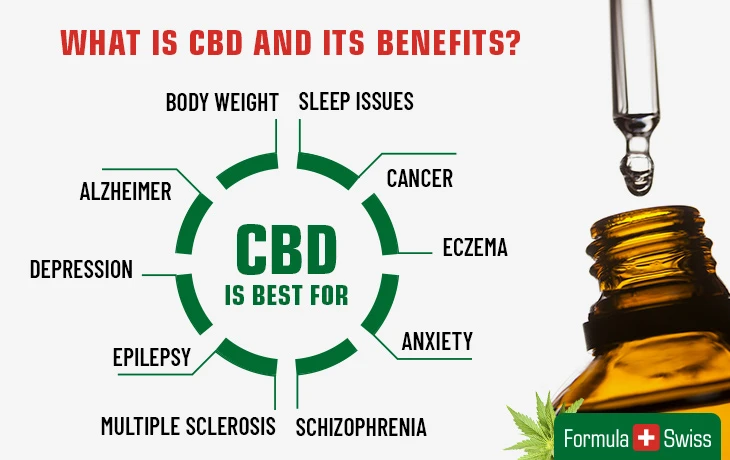 CBD stands for cannabidiol which is a chemical compound derived from the cannabis plant, both hemp, and marijuana. It is one of the most prevalent active ingredients present in cannabis. Due to its medicinal properties, it is widely used in the medical industry.


Cannabidiol is known for having a positive effect on one’s body and mind and works its magic without making the person high or anxious. Its consumption is legal in 48 US states and in Canada as well in various forms above a certain age. Among its different forms of consumption, the most common administration of the compound is CBD Oil. Along with that, its other forms of consumption are also getting popular such as CBD topicals, CBD vape products, and CBD suppositories.

According to a report from the World Health Organization, “In humans, CBD exhibits no effects indicative of any abuse or dependence potential…. To date, there is no evidence of public health-related problems associated with the use of pure CBD.”

The National Institute of Health also conducted extensive research on the Cannabis plant for a decade and found out about its anti-inflammatory properties.

There are various memory loss-related conditions that can be treated with the help of CBD including, Parkinson’s disease, Vascular Dementia, Dementia with Lewy bodies (DLB), Frontotemporal dementia, Alzheimer’s disease, and Huntington’s disease.

In 2016, in a study done by the Salk Institute of California, researchers found out about the importance of CBD in treating dementia and improving the connection between brain cells. The results found by the researchers were also verified by other laboratories. The US Food and Drug Administration has approved Epidiolex, which is a CBD-based drug for treating epilepsy.

CBD can help with treating dementia in several ways and improve the health outcomes of people suffering from memory-loss related conditions by:

The patient suffering from dementia-related conditions who is getting treated with CBD can experience better movement among his brain cells while reducing anxiety and stress. One can also experience a decline in dementia over a specific period of time.

Even after being proved a legit medicine for treating brain-related conditions, CBD remains a controversial topic. The FDA, after some experimentation on animals, found out that CBD in super high doses can cause liver injury and could also affect the way other drugs are functioning in your body. However, the long-term side effects of the medicines are still not known. 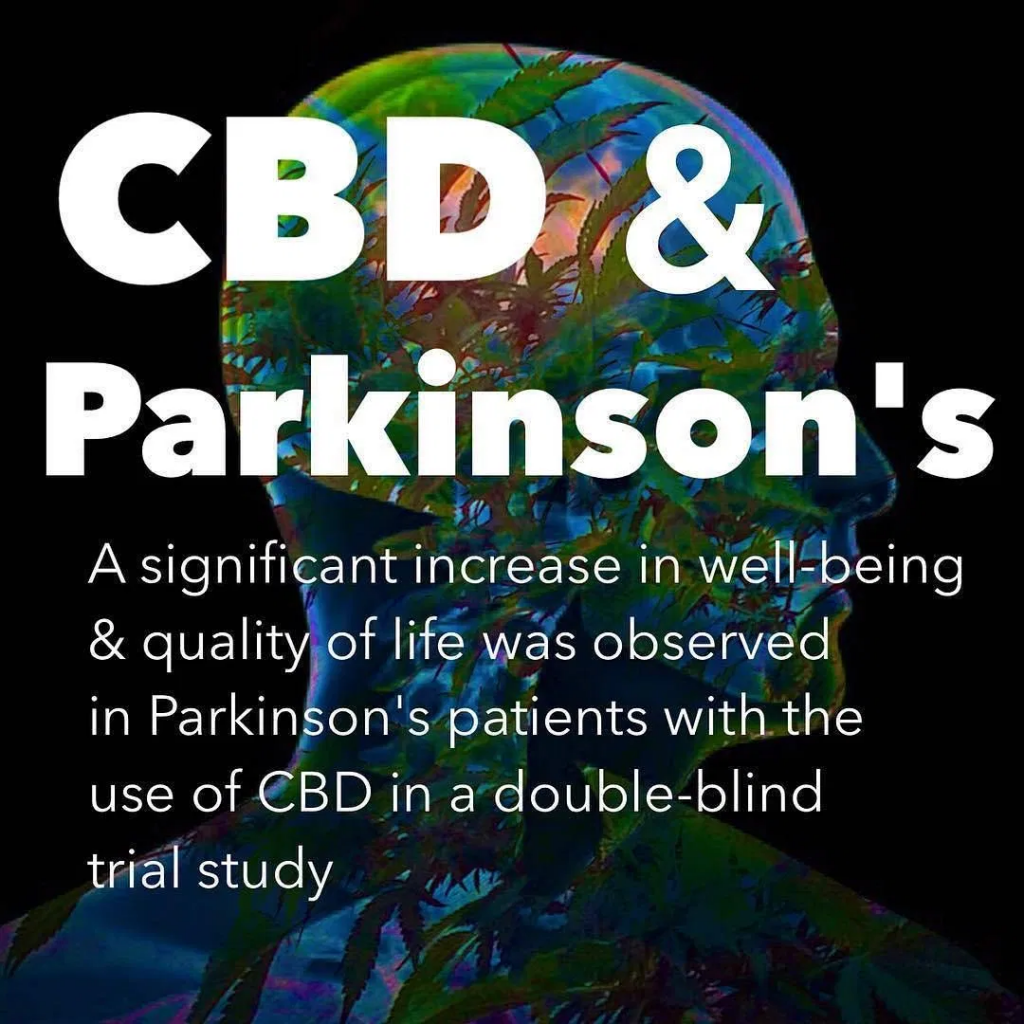 Parkinson’s Disease affects mainly middle-aged people and the elderly that causes muscular rigidity, tremor, and slow, imprecise movement. It affects the nervous system and is a chronic progressive disease that is linked with the decline in dopamine production. As the disease progresses, the symptoms may also get more severe and the patient can suffer from digestive imbalance.

Various cannabinoids such as CBD possess the ability to produce anti-inflammatory properties, anti-oxidants, and effective brain protectors. These properties allow the compound to manage the symptoms of Parkinson’s disease and reduce its effects on one’s body. 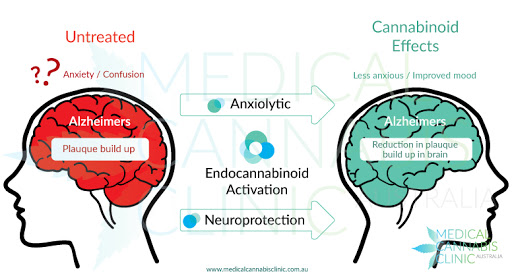 There has been a significant development in finding the importance of CBD in treating dementia-related conditions, especially Alzheimer’s. The recent studies in the area have proved that CBD can be highly effective in reducing brain cell decline, inflammation, and oxygen buildup to treat memory loss.

It also improves motor and memory function by eliminating dead cells and plaques in the brain and increasing protein levels. Alzheimer’s can easily trigger an inflammatory response when the brain’s immune cells fail to clear the blockages and whenever that happens, oxygen is released which causes a negative impact on the brain.

The inflammation can cause the brain functions to decrease and it also triggers memory loss. However, CBD being a great antioxidant can easily manage symptoms associated with Oxygen Stress. By treating the patient with CBD, their brain functions that have been severely impacted by the oxygen stress can significantly improve.

Australian Researchers Tim Karl and Carl Group, in a 2011 study found out the use of CBD can be very helpful in improving the effect of Alzheimer’s as it promotes growth and development of healthy brain cells that results in improving brain function.

Lewy Body Dementia is also known as LBD occurs due to the blockage in the brain caused by the abnormal protein deposition called alpha-synuclein in the brain. Due to these deposits, known as Lewy bodies, the brain experiences some serious chemical imbalances resulting in problems concerned with mood, behavior, sleeping, movement, and thinking.

Treating these conditions with other drugs that are not CBD can block acetylcholine, which is the primary chemical compound attacked by LBD. Recent research has confirmed the use of CBD in reducing motor symptoms such as rigidity, tremor, and bradykinesia and maintaining circadian rhythms (sleep).

Vascular Dementia is caused by brain damage that occurs due to the impaired flow of blood to an individual’s brain. As a result, one suffers from problems related to planning, memory, judgment, reasoning, and other brain functions. According to a study done by the US National Institute of Health (NIH) in 2016, CBD can be used to effectively treat vascular dementia as it can activate the CB2 receptors in the brain that results in better blood flow inside the organ and hence the brain can recover much more effectively.

The brain cell activity can significantly increase after activating the CB2 receptors with CBD and you can also control the brain cell damage associated with vascular dementia.

Huntington’s disease or Huntington’s Chorea results in the death of brain cells that causes an individual to experience a general lack of coordination. It is an inherited disorder that makes a person exhibit signs of the mood of mental disabilities as its earliest symptoms.

The University of Madrid has been able to identify the importance of CBD in treating Huntington’s disease in the research in 2016 where they confirmed that the anti-inflammatory and antioxidant properties of CBD can be very helpful in dealing with Huntington’s and can also maintain brain health.

Frontotemporal Dementia, which also goes by the name Frontotemporal Degenerations or Pick’s Disease, occurs when the frontal lobe or temporal lobe experiences progressive nerve cell loss that causes a group of disorders leading to psychosis and depression.

Treating the issue with other antipsychotic drugs that are not CBD can be fatal as they come with an increased risk of death. However, CBD has proved to be one of the most effective medicines in this case as it controls and manages every symptom concerned with memory or motor function, reduces anxiety, and maintains sleep rhythms.

CBG vs CBD: What is CBG

CBG or cannabigerol is another form of cannabinoid which is extracted from the cannabis plant. It also possesses some great health benefits such as CBD however, due to its rarity it is a less-discussed cannabinoid compound. Whereas CBD and THC (another form of cannabinoid) are found in 20% and 25% respectively, the CBG makes up only 1% of the plant. The percentage can significantly improve if it is harvested at an early age.

CBG is mainly known for strengthening neurotransmitters in the brain that manages our emotional state, appetites, sleeping patterns, etc. Many researchers have found out that cannabigerol helps in protecting the nerve cells in the brain. Like CBD, CBG also doesn’t get you high but due to being very difficult to extract, it is far more expensive than CBD.

Risks and Side Effects

As stated by the World Health Organization. WHO, “no public health problems… have been associated with the use of pure CBD.” Various institutes and universities have conducted research to find out about the potential for dependence and abuse on CBD but so far there has been no solid proof that suggests that an individual treated with CBD can get addicted to it. Although, the other pharma alternatives of CBD do not guarantee the same.

The most common side effects of CBD found in these studies were diarrhea, nausea, and bloating. Out of all the patients treated with CBD, about 3% reported liver problems. The super high doses of CBD can also cause tremor if you are treating dementia with it. If the patient has never used CBD before during his medical treatments then nurses and doctors are suggested to monitor the effects closely.

This is one of the most commonly believed misconceptions, but many researchers and experts found that even if the patient is consuming CBD in high doses, like 600 mg, it does not have any sedating effects on healthy humans. In fact, it caters to improving alertness or awareness and also improves sleeping patterns. However, individuals consuming cannabis strains can experience these symptoms as along with CBD, they also contain a potentially sedating natural oil or terpene.

CBD and THC are both cannabinoids, whether CBD is called cannabidiol, THC is an abbreviation of Tetrahydrocannabinol. CBD is used as an antipsychotic and anti-anxiety drug for treating various medical conditions in humans. However, this does not suggest that the drug is non-psychoactive. In fact, the psychoactive effects of CBD can be helpful and non-intoxicating. On the other hand, THC is also useful in the medicinal field for treating patients, particularly it is used for its anti-inflammatory properties.

CBD can be derived from multiple sources such as medical cannabis, isolate, and hemp. However, only cannabis-derived CBD is used in the medical field due to its better effect. Hemp-based CBD is often mislabeled and after testing 84 hemp-based CBD they found that only 31% were accurately labeled, So, cannabis remains the best source of CBD and has also passed very strict laboratory testing. 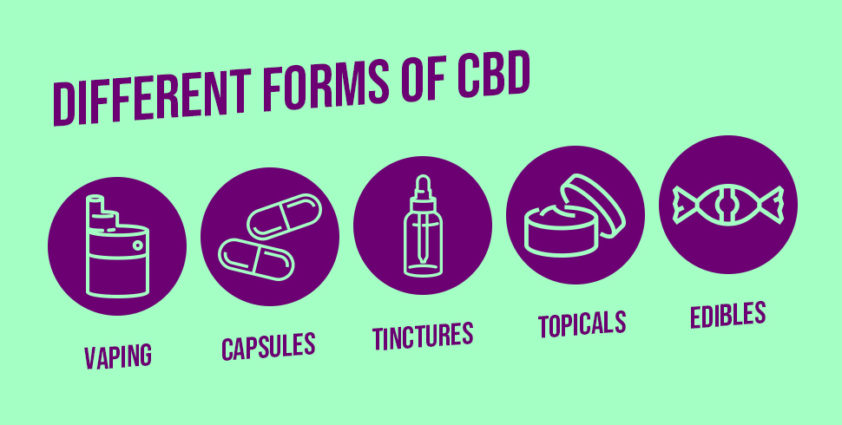 CBD can be consumed in many forms for medicinal purposes which can be safely bought from Spectrorganics. Some common forms are listed below:

The popularity of CBD has been actively increasing in the medical field. There are many studies to support the claim that CBD can be highly helpful in treating dementia and brain-related conditions in humans. It’s better effectiveness and minimal side effects as compared to other antipsychotic drugs available in the market have made it a number one choice among medical professionals to treat their patients.

More and more countries are coming forward to legalize the consumption of CBD after acknowledging its medicinal properties and in the coming years, its use is expected to grow exponentially.