Since the late 1990’s, prescription pills have been the dominant choice for doctors and patients looking for a quick and easy route to pain relief. However, there are a long list of problems that occur when the nation starts to rely on these chemically-infused pills and capsules. The main issues being: addiction and overdoses. There are more than enough studies to back up that claim.

Here’s How Cannabis Can Solve The Opioid Crisis

Since 1999, prescription pill sales have gone up by 400%. Yes, you read that correctly. Not only that, but 40 people a day lose their lives by overdosing these aforementioned pain pills. Also, there are a plethora of studies that indicate these forms of medicine don’t even do that great of a job when it comes to providing pain relief.

So, why are these dangerous drugs even still legal? More than that, why are people continuing to rely on them? They are obviously putting their lives at risk by implementing these lethal pills into their daily routines. There has to be a better, far safer solution to pain relief, right?

Much like it’s addictive counterpart, cannabis is also famous for its analgesic nature, that helps people find the comfort and relief they so desperately need. Now, more than ever, our nation needs to start refocusing our medicinal goals towards a more cannabis-balanced (if not cannabis-only) relief system through drug substitution.

To be completely clinical about things, drug substitution (when discussing cannabis vs. opioids) is a fairly straight-forward concept. The manager of Marijuana Law and Policy at the Drug Policy Alliance, Amanda Reiman, put it best when she explained this ideology as the, “conscious choice to use one drug (legal or illicit) instead of, or in conjunction with, another due to issues such as: perceived safety; level of addiction potential; effectiveness in relieving symptoms; access and level of acceptance.”

READ ALSO:  How to Pass a Cannabis Drug Test

While it is vital to consider all of those factors when pondering the possibility of cannabis as an adequate replacement, it is even more crucial to pay attention to that very last caveat mentioned by Amanda Reiman. In which, she mentions, “access and level of acceptance.”

One of the main reasons this is becoming a topic of conversation recently, is sheerly because more and more states are beginning to legalize medicinal and/or recreational marijuana. These beloved states have realized just how wrong the federal government is with its comical categorization of cannabis as a Schedule One substance. There are a multitude of benefits that marijuana can provide, especially when it comes to pain relief. Only because there are more dispensaries per capita than there have been since, well, ever – it’s starting to get people thinking about potentially replacing their expensive, addictive opioids with far more affordable, non-addictive cannabis products. 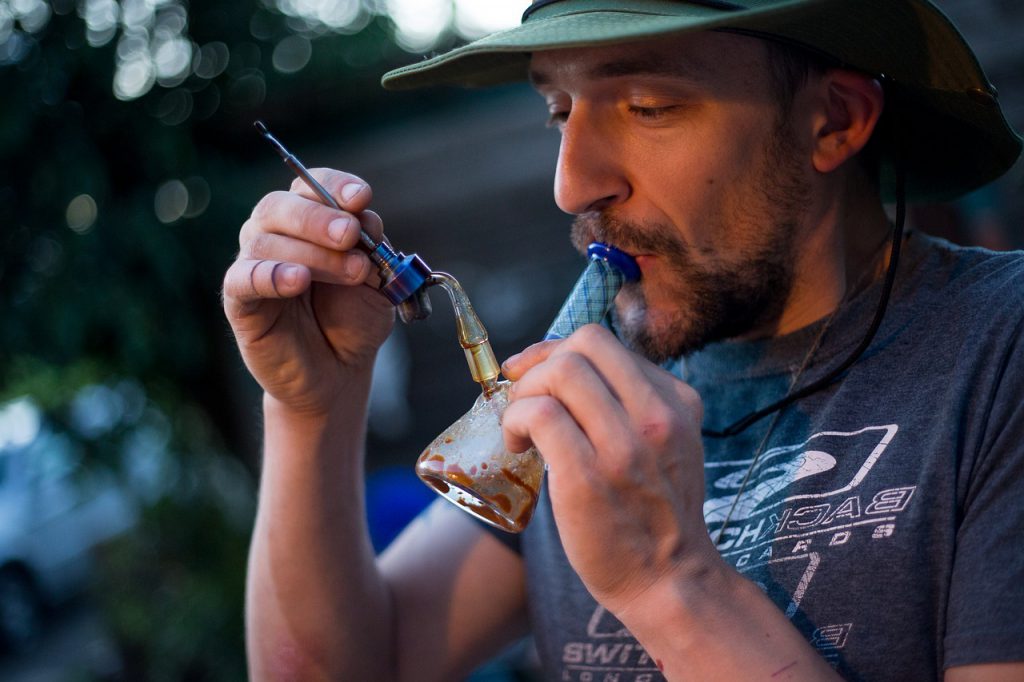 Again, there are a wealth of studies that have been done focusing on just that, and the results show that cannabis can not only help folks feel better sans opioids, but it saves them from possibly becoming addicted, or even worse overdosing. Let’s take a look at the 2013 numbers brought forth by Medicare, in regards to opioids.

Why that year? Easy. That is the year that several states started to legalize cannabis, and more and more have followed suit since then. Looking at that year specifically, the number of dollars for prescription drug enrollees and programs dropped – and it dropped dramatically. It plummeted by $165 million, to be exact. That was just in the initial year of these game-changing states finally legalizing cannabis. Breaking down that data a little further, it was reported that up to 36% of opioid users ditched their pill bottles for buds and nugs that year. The same could be said for people who were constantly popping antidepressants and/or benzodiazepines.

READ ALSO:  These Top-Notch Strains Are Famous For Their Perfectly Balanced High

The fact that these states were able to remove the negative stigma surrounding cannabis, and make it abundantly legal within their borders, did wonders for these people. They no longer felt judged, scared, or intimidated to buy themselves some cannabis to medicate with, and the rest is history. One can only imagine how those numbers have continued to swing in favor of marijuana since then.

Like we mentioned previously, opioids and cannabis both work to prevent pain signals from entering the nervous system. The main difference being that THC melds to CB1 and CB2 receptors, and opioids only cling to opioid receptors. Which when you think about it, makes sense. The opioid route leads to far more dangerous outcomes. Whereas cannabis is essentially the safest medicine a human can consume – especially CBD.

CBD, for those unaware, is the non-psychoactive form of cannabis. With its effects mainly being focused on therapeutic and medicinal relief, there is absolutely no “high” to accompany it. There have also been a number of studies that prove CBD helps reduce opioid cravings for those who are attempting to wean themselves off prescription pills. That in itself makes a strong case for cannabis to be considered a worthwhile replacement for opioids.

That is not the only case being made. When scientists conduct studies of a mixed dosage (i.e. less opioids, but accompanied by some cannabis), they have found that patients experience the same pain-relieving effects that they normally did with just opioids alone. That means the patient doesn’t need to ingest as large of a dose of opioids to feel better. You guessed it, the less opioids in the system, the less harm it is doing to the body. Also, it severely lessens the chances of that person eventually becoming addicted to prescription pills.

While that is already a near bulletproof case in favor of cannabis, the positive results just seem to keep on coming. Not only is CBD successful in fighting off opioid cravings, it appears as though it has a similar effect on anyone who would otherwise be battling with withdrawals from any drug. In short, the application of CBD into that person’s lifestyle would not only lessen their drug cravings, but it would rid them of addiction symptoms altogether. Obviously this isn’t a “hard and fast” rule as of yet. But the current studies being done on the matter are all coming back positive.

The passing of legalization in certain states has done nothing but good for those areas of the nation, along with any lucky soul who’s fortunate enough to reside within those borders. It seems like it is only a matter of time before nationwide legalization of cannabis is a reality. However, that will sure be a hot-button topic in the coming 2020 election. With all of this data, chances are any politician would be laughed off the ballot if they still considered cannabis to be anything but a helpful, natural, and blissful form of medication.

To be quite honest, the only thing standing in the way of cannabis (and its CBD medium) from becoming the norm in pain relief, is the money-hungry prescription pill companies. These pharmaceutical giants have an insatiable greed, and they don’t care what happens to citizens who use their product – so long as they keep buying it. Which is why they have been able to pay-off politicians and lobbyists for so long. With undeniable data like this, it seems like their days are finally numbered.