Bipolar disorder is better understood as a cluster of disorders than as a single disorder. This is because several conditions, such as antisocial personality disorder, anorexia, and others, can exist alongside bipolar disorder. When this occurs these conditions are called comorbid and the patient is understood to suffer all of them. 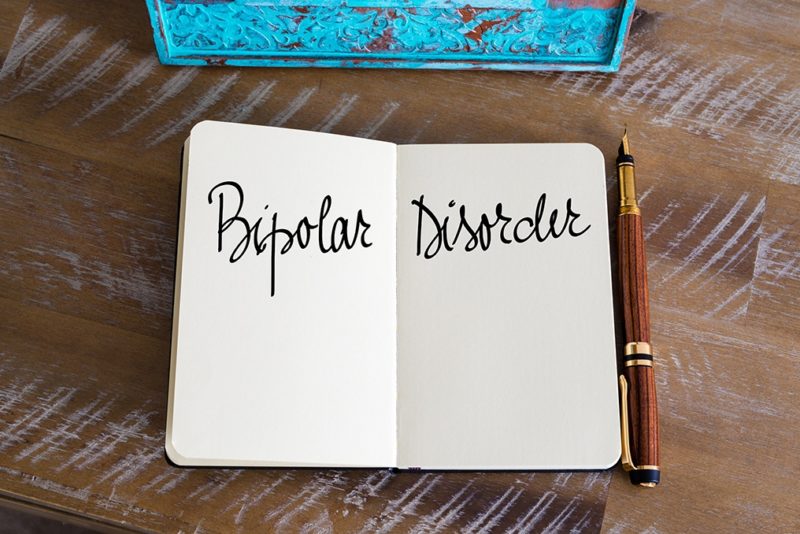 For another example of what comorbid conditions are, you may have both a fever and a sprained ankle from separate events, or you may be suffering from muscle atrophy after breaking a leg.

In both cases, whether there’s a causal relationship or not, these are comorbid conditions.

Instead of listing the comorbid conditions a bipolar patient may have, such as anxiety, insomnia, depression, paranoia, or other symptomologies, all of these can be understood together as an expression of the bipolar patients’ unique psychologies. Without this understanding then a seemingly endless amount of comorbid disorders can be discovered, as many bipolar patients report struggles with up to three other conditions. With this understanding it can be seen that bipolar is a particularly delicate, and individual, disorder.

Not only is it a difficult disorder to diagnose, but it’s an incredibly difficult disorder to treat. To begin, bipolar patients experience distinct phases in their moods. These moods are often marked by at least one extended period of depression, or low energy, and one period of mania, or high energy. Each patient has a different response to these moods, as for some mania is a period of euphoria, for others, it is a period of irritability, and for others still, it is both. The commonality throughout individuals diagnosed with the disorder is the shifting between the distinct moods and the continual cycle between them, not how those moods manifest.

This presents a nuanced challenge for the treatment of such patients. Not only is each bipolar patient a unique person with their own symptoms and reactions to their conditions, which must be accounted for while treating them, their disorder means that medicating them is incredibly risky. Popular pharmaceutical strategies doctors use to treat bipolar patients include cocktails made up of benzodiazepines, antidepressants, or antipsychotics.

Although there are several reports of positive outcomes regarding these chemical strategies for approaching bipolar disorder, not all stories are so promising. Certainly, if medication works for patients, then they should pursue it. However, not all patients are lucky with the products that the pharmaceutical industry sells.

Stephen Paddock, the gunman that killed 58 people in Las Vegas on October 1, 2017, was prescribed diazepam on June 21, 2017. He picked up fifty 10-milligram doses of diazepam the same day they were prescribed to him without having insurance, and he was supposed to take one dose daily. Earlier, in 2016, Paddock had been prescribed two doses daily by the same doctor. Although he was never officially diagnosed, his primary care doctor went on record to state that he believed Paddock had bipolar disorder. Paddock was hesitant to take any medication, fearing the effects they would have on his sanity. Due to this, he rejected anti-depressant medication, but he eventually accepted the prescriptions for the anti-anxiety medication, diazepam.

Diazepam is a benzodiazepine which has been demonstrated to lead to a higher propensity of violent thoughts and ideation. A 2015 study of 960 Finnish adults and teens who had been convicted of homicide found that these individuals were 45% more likely to kill under the influence of benzodiazepines.  This cannot be overlooked when examining the case of Paddock. There is no excuse for what he did, it was evil, but perhaps there are decisions that we make, things which we ingest, that are more likely to make us enact the evil within us.

The case of Paddock is not an outlier event, but part of a larger pattern. Not only does the research show a connection between homicidal, along with suicidal thoughts, and benzodiazepines, but the world supplies an unfortunate stream of examples.

On March 24, 2015, Andreas Lubitz was a co-pilot who killed 150 passengers by deliberately crashing the plane he was flying into the side of a mountain. In 2010, he received an Olazapine injection, which is a high potency antipsychotic. Side effects of Olazapine include increased suicidal ideation, and blurred vision. In his journals, Lubitz reveals blurred vision was the catalyst for his spiral into suicidal depression. When he went to doctors, they reported nothing was wrong with his vision, which only exacerbated Lubitz’s concern. Shortly before the crash, he was prescribed Lorazepam, a benzodiazepine with side effects including blurred vision and suicidal attempts. During the time the crash occurred, he was prescribed Agomelatine, an atypical antidepressant with side effects including, suicidal tendencies and psychosis.

Every year, there are almost 90,000 emergency room visits as a direct result of medication side effects, including delirium and movement disorders. One out of five of these visits results in hospitalization. Not included in this figure are emergency room visits relating to self harm, or suicide. One out of ten admissions to psychiatric units have been attributed to psychosis or mania that was induced by antidepressants, namely SSRIs, or selective serotonin reuptake inhibitors.

READ  Everything You Need To Know About "Dabbing" 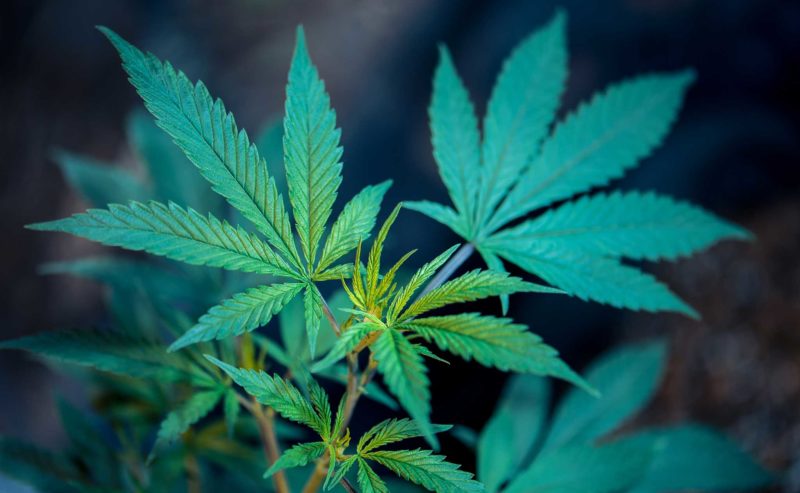 SSRIs have been found to have mind-numbing effects, such as a blunted emotional affect, the production of apathetic dispositions, and demotivation. All of these are severe risks which predispose an individual to homicidal behavior. SSRIs are also known to cause severe movement disorders, including dyskinesia, and akathisia. Akathisia is a form of severe agitation, caused by SSRIs and antipsychotics both, which increases risks for suicide and violent behavior.

Other medications, such as mood stabilizers, may lock patients into depressive states, keeping them from cycling, but trapping them in their depression. Perhaps the most dangerous situation is when medicating for mania or depression leads to the culmination of a mixed state within the patient.

A mixed state is when a patient shows symptomology of both manic and depressive states. Studies have been done to show that this is the most dangerous mood for bipolar patients. A conservative estimate shows that 15% of bipolar people commit suicide, and studies have found that those with a presence of mixed states within their condition are at a higher risk than patients who do not express such moods.

Bipolar disorder is an incredibly difficult condition to manage. Although around 4% of the population has the disorder, there are still no methods that can be universally applied to all patients. The path towards coping with the condition is an individual path that must be traversed alone. 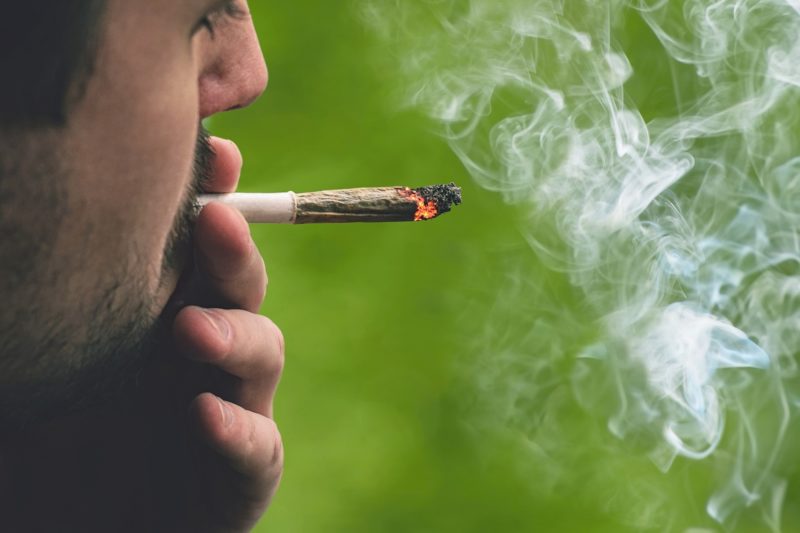 Cannabis use is higher among the bipolar demographic than it is among the general populace, and it’s higher than those with other mental illnesses. Cannabis is the most commonly used substance by bipolar people. This is interesting to note, although it’s not an altogether positive relationship. Many patients struggle with cannabis use, as it can increase paranoia, take away motivation, and trigger psychosis. All of these should be avoided by bipolar patients. However, it doesn’t need to be a game of chance.

Studies have revealed that it is the AKT1 genotype which predicts psychotomimetic effects in cannabis users, whether or not their relatives struggle with mental disorders. Psychotomimetic effects are effects caused by medicine which mimic psychosis. The AKT1 genotype can be tested for in a patient’s DNA and reveals whether or not they have a predisposition to conditions such as schizophrenia, which will be triggered by cannabis use. Earlier studies have shown that patients with schizophrenic siblings are fifteen times more likely to experience psychotomimetic effects while ingesting cannabis, but the AKT1 genotype is predicative of psychotic symptomology for those with and without schizophrenia in their family history. This means that there is a causality which can be traced between cannabis use and the onset of psychic disturbances, and that even though it is a minority of patients that experience something like the onset of schizophrenia from exposure to cannabis, that minority isn’t random. The way that cannabis effects the individual is physiological, down to the DNA.

READ  How Marijuana Can Help The Brain Recover From Injuries

Some studies have claimed that bipolar patients only lean into cannabis use during their manic episodes, claiming that these individuals don’t use cannabis to medicate during depressive episodes, but to exacerbate their manic symptomologies. The people behind these studies don’t understand cannabis use, especially that it can create an elevated mood while limiting energy. It is not a depressant, nor a stimulant, but something in between. 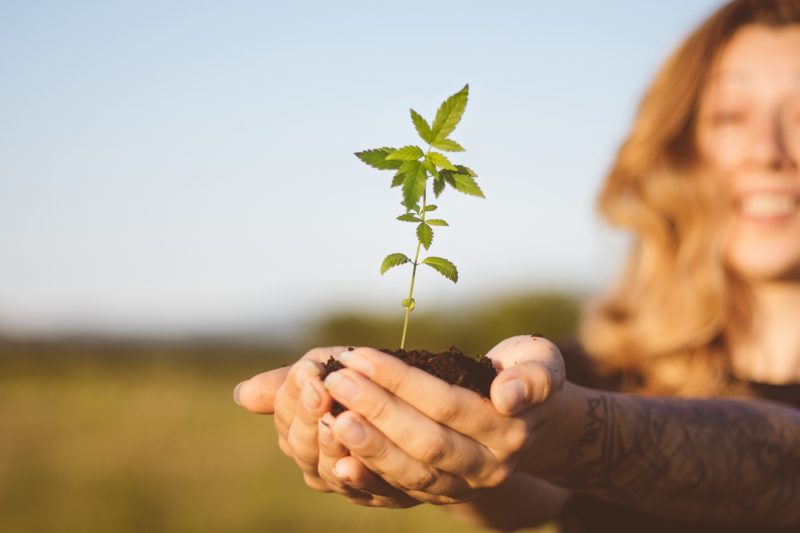 Cannabis works as an emotional magnifier. Whatever the patient is feeling will become heightened, which is why it’s unadvisable to smoke cannabis if you feel truly awful. In all likelihood cannabis cannot save you from your demons if you can’t deal with them yourself, so for those bipolar patients who smoke cannabis without being able to cope with their lives, there is a great risk they take when they smoke.

However, if you have balance within yourself there is a different experience. Inner calm, satisfaction with life, and self-love all mix well with cannabis use, and can flower into a true foundation for those that live with bipolar to continue to cope with their lives. The truth is that it comes down to the experience of the individual.

If you struggle with Bipolar Disorder – what are some of the cannabis strains that have provided the best relief in your life?