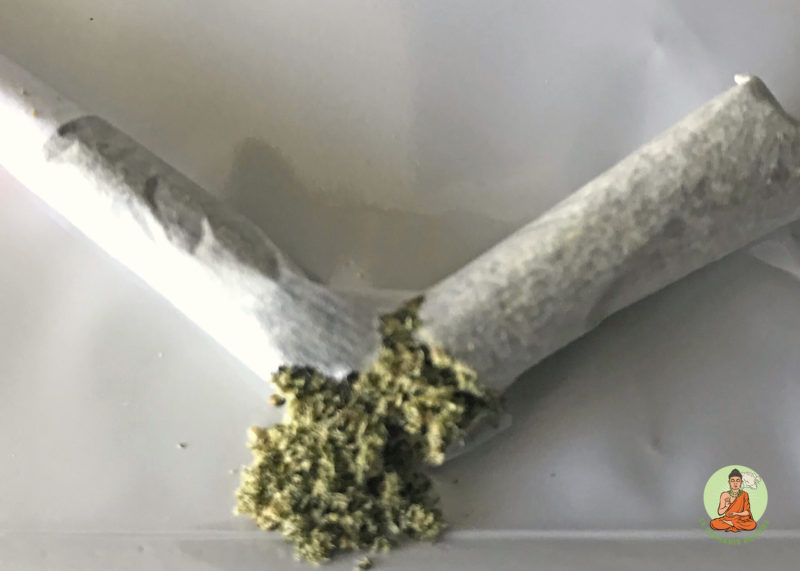 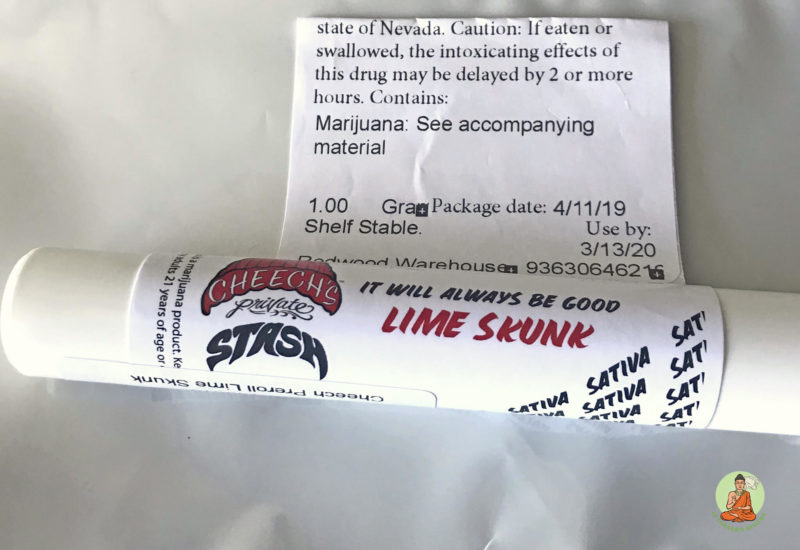 Appearance 3/5
Lime Skunk appears bright and silvery in its preroll wrapper. Tear it open and a fat pile of pale green weed will gush out. The weed is powdery and dotted with dull orange and brown spots. You’ve seen this weed before. We all have.

Lime Skunk is a fun strain, but its looks aren’t its best feature. There’s nothing unique about it. If you decide to hunt out Lime Skunk buds rather than a preroll, the weed looks even more disappointing. You would never pick out Lime Skunk from a bud lineup if you were judging by appearance alone.

Aroma 4/5
Combine Lemon Skunk with Green Ribbon and you’ll create Lime Skunk. The aroma is loud and in your face. Your nose barely has time to register the abundant lemony notes before you’re slammed with a strong skunky scent.

If you’re not used to smoking weed, you might need a little time to get used to Lemon Skunk. The smell isn’t exactly inviting, but it does intrigue you. It’s not a smell that you encounter often in life.

The musk is a little too pungent. I love smelly weed, but Lemon Skunk’s scent has a harsh element.

Taste 4/5
Look. It’s called Lime Skunk. What do you expect it to taste like?

It’s fruity, skunky, earthy, and diesel-flavored all at once. Your tastebuds are overwhelmed with all the different flavor notes. They gather in the back of your throat as you exhale. The taste isn’t sweet at all. The fruity flavor is citrusy and tangy rather than sweet. You need to smoke a few puffs just to work out the complexity of the taste.

Effect 5/5
Lime Skunk sneaks up on you. One minute, you’re perfectly sober thinking, “Ehh, I have time to kill. I can watch a few minutes of this adorable puppy video.”

Three hours later, with your eyes glued to videos like, “Cute puppies wrestle with monkey,” you realize that you’ve slipped into another world. Your body melted into your chair; your mind relaxed and strange thoughts bubbled up.

Lime Skunk buds are heavy with THC, testing at 28.2%. You expect to get walloped with THC, but what’s surprising is how and slow and subtle the buildup is. The energizing sativa effects can be felt more in your brain than your body.

Need a mental boost? Lemon Skunk’s strongest effect is the floaty head high. Your mood will soar after you smoke a few bowls.

Medical patients attempting to treat conditions like PTSD, anxiety, depression, and chronic stress might be able to ease their symptoms with Lemon Skunk. It’s not the greatest strain if you’re in physical pain. The body effects aren’t strong enough.

You know you’re a connoisseur when you’re smoking weed curated by Cheech. It’s like eating pie hand-baked by Martha Stewart.

Just a few puffs of this THC-laden strain were enough to send me to the sky. You know that dreamy, hazy stoner high you slip into when you smoke great weed? No? Smoke a little bit of a Lime Skunk. You’ll get there.

Inyo Fine Cannabis Dispensary is tucked into an East Las Vegas strip mall. The location has no pretentions. It’s small and compact, but smartly decorated. There isn’t enough room for people to move around, so you wait in line until a budtender is ready for you. There are menus scattered everywhere so you can choose what you want.

Inyo’s budtender crew is insanely friendly. Some dispensaries make you feel as though you’re buying weed from a corporate drone. At Inyo, the experience is more akin to hanging out with a buddy.

Lime Skunk by Cheech’s Secret Stash is one of the more expensive prerolls on Inyo’s menu. It’s $17 and a full gram.

The weed is like its name- a little unusual, but mostly pleasant.