There seems to be nothing but positives with the passing of legalization. And for good reason. This long overdue occurrence is a recent achievement for us in the cannabis community, but the wealth of benefits that are starting to show themselves are tremendous. To be honest, there are a lot more upsides to the passing of medicinal and/or recreational cannabis use than we previously thought possible. It stems far beyond the legal use of this amazingly therapeutic, calming plant.

At first, states that were lucky enough to have their lawmakers see the light, so to speak, about cannabis rejoiced in the newfound freedom that these pieces of legislature now offer to any and all citizens. No longer were people sneaking around to street corners and alleyways just to pick up some much-needed medicine. Not only was this a painstaking way of procuring some harmless marijuana, but it often put the average cannabis enthusiast at risk for a number of problems. They could be robbed, beaten, or even arrested – simply for picking up some bud. How outrageous is that?

Luckily, more and more states are finally starting to reposition themselves on the right side of history, as far as cannabis use is concerned. Like I mentioned above, such an epiphany is long overdue – but, hey, at least it is happening in our lifetime, right? With such laws now in place in various states across the country, cannabis enthusiasts are able to freely procure themselves some ganja without any sort of physical or legal risk. People are beginning to feel better, more often, and there is literally no downside in sight.

In fact, quite the opposite. There are a litany of positive aspects that can be pointed out and discussed when it comes to marijuana legalization, but one of the lesser known talking points about this recent change in legislature can be found in the job market. In short, with the passing of these recreational and medicinal laws, over 200,000 jobs have been created. Well, 211,000, to be exact according to figures done by the kind folks over at Leafly.

READ ALSO:  Indoor vs. Outdoor: What's The Best Way To Grow Your Own Cannabis?

Not only is that figure astronomical compared to other industries, but it has all taken place over the course of three years! Yeah, you read that right – three years! Which is all well and good, but it begs the question: How come I didn’t know about this before? The answer to that question is equal parts simple and depressing.

Seeing as how cannabis and its usage is still deemed “illegal” by the federal government, official labor departments, most notably the Bureau of Labor Statistics, completely neglects all of these job creations. They, for lack of a better term, will only count what the federal government deems as “legal” occupations. Which, as many already assume, is absolute nonsense. It is just another example of how disconnected our federal government is from reality.

To be honest, it is a bit depressing that these jobs aren’t recognized by high ranking political figures. Chances are if this sort of information became public knowledge, folks from all over would endorse the legalization of marijuana more than ever before. Perhaps, that is what the federal government is afraid of. Of course, that is all speculation – but to be fair, I don’t think I am far off by assuming that.

Working with the honest, number-crunching geniuses over at Whitney Economics, the people at Leafly were determined to get to the bottom of this sudden job boom. And hopefully, spread that information to the masses to the best of their ability. In turn, educating the otherwise kept-in-the-dark public about just how beneficial the legalization of cannabis can be for society, as a whole.

What they found was absolutely staggering. Currently, in those states that are smart enough to legalize marijuana (either recreationally or medicinally) have started to see a rapid growth in job creation – with little to no signs of that trend slowing down whatsoever. At the time that Leafly’s crew concluded their study, a whopping 211,000 cannabis-related occupations and positions have been created across this great nation of ours.

Just to put those stellar statistics into perspective, allow me to break down the past three years of growth in the cannabis industry. Way back in 2017, the number of jobs that could be found in this booming industry had elevated an impressive 21% from the previous year. Moving in to 2018, that already large number of jobs leapt up another 44%. In this year (2019) these experts over at Leafly predicted that there will be (at least) an additional 20% more positions in the field of cannabis. In total, that clocks in at a jaw-dropping 110% growth.

Wow. That is simply unreal – especially when compared to other industries that the Bureau of Labor Statistics actually reports on. Let’s look at the number of jobs in the cannabis industry against other job fields that are currently being touted as “successful” shall we? With global warming becoming a major issue, that stands to reason that anything that has to do with clean energy is going to see a large spike in jobs, right?

When researched by the team at Leafly, they predicted that the number of solar installers will jump 105%, and the amount of wind turbine experts will see a 96% increase, as well. Which may sound just as impressive as the cannabis industry. However, all of those figures are expected to occur over the course of the next decade. Whereas the boom of jobs in the marijuana industry has zoomed to a 110% growth in only a few short years! 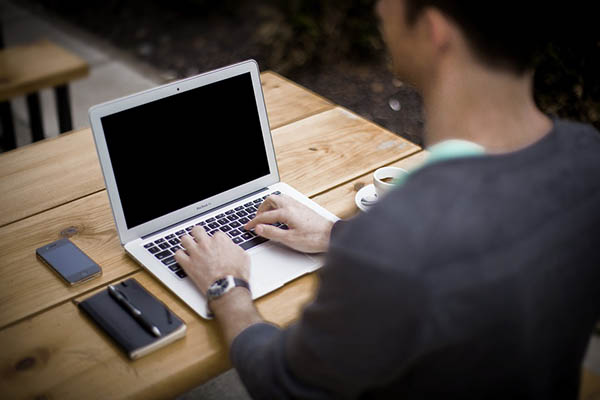 Which, in turn, means the trend of job production and creation in the cannabis industry has a much larger potential to create even more jobs over the course of the next ten years – especially with more and more states embracing the legalization of marijuana.

Some of the more “OG” states (places that have had legalized marijuana since 2014 – like Washington and Colorado) are only now starting to see that job market level out. That doesn’t mean it won’t enjoy its own fair share of increase in the future. Which is why it is nice to look at newer states who have only recently allowed their residents to purchase cannabis legally.

Some of the standout states are Pennsylvania, Nevada, New York, and Florida.

In Pennsylvania, they reported having created almost 4,000 new jobs in the cannabis industry. Which is a major upgrade from their 2017 reports of only 90 or so occupations in this field.
Nevada is nothing to sneeze at, either. This desert state created over 7,500 positions in the marijuana industry in this last year, with that number expected to increase in 2019. New York is one of the more impressive cases, as they have seen an insane 278% job growth in the cannabis industry over the last year. Florida took that number and flew right by it with reports of this supremely southern state clocking in at a crazy 703% growth.

These aren’t just temp jobs – these are full-time, high-paying positions that come equipped with benefits. Which makes the ignoring of them by the Bureau of Labor Statistics that much more frustrating. There is absolutely no doubt that the cannabis industry is the BIGGEST boom in job opportunities that this nation currently has – but the stubborn federal government refuses to admit that simple fact. Have no fear, these jobs will only continue to grow in numbers, and one day, that number will become too big for even the stuck-up, misinformed, outdated federal government to ignore.