Do you know which is which?


Science tells us that men and women react to cannabis differently. After a long smoking session, men crave food. Women are lustier. They’re more likely to be in the mood for sex. Nobody knows exactly why. 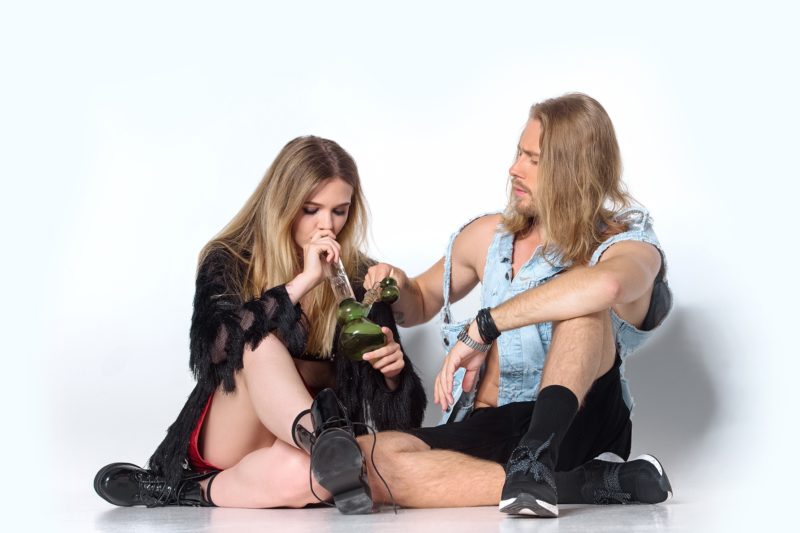 “Of course, that’s so dependent on the person’s mental state,” says Lex Pelger, Science Director for Bluebird Botanicals and host of the Greener Grass Podcast. “If you’re in a lousy situation, it will still be a lousy situation. But if you’re in a conducive environment, a woman will experience more pleasure.”

For men, cannabis is similar to alcohol. Smoking a single puff or two whets excitement while powering through an entire joint has a dampening effect.

Men are nearly three times more likely to smoke cannabis. This, along with federal restrictions, has severely hampered researchers interested in how cannabis effects men and women. For a long time, people assumed there was no difference.

Now, everything is changing. Women are thronging dispensaries. Research labs are pouring money and time into fresh experiments.

Cannabis works with your body’s endocannabinoid system.  That’s why you feel you such a profound effect when you smoke. THC, or tetrahydrocannabinol, is a cannabinoid. It’s the compound in cannabis that’s responsible for getting you high.

Estrogen and testosterone affect the shape and size of your brain. These critical sex hormones influence the density of special receptors in your brain that respond to cannabis. This could be why men and women respond differently to the plant.

According to a study published in Life Science, “The majority of research in humans suggests that women are more likely to be affected by cannabinoids than men… Sex differences in response to cannabinoids appear to be due… to hormones.”

Most studies looking into the mental health differences between men and women smokers, have focused on rats. Obviously, there’s no guarantee that a rat and a human being will be affected the same way. Yet the differences between sexes that have cropped up are intriguing.

When rats are exposed to heavy doses of cannabis over a long period of time, female rats act depressed while male rats become inattentive and lazy. Interestingly, only female rats showed changes in the area of the brain area associated with motivation. Male rat brains showed damage in the area related to memory.

Female rats tend to become more emotional. “You get a female rat high and she doesn’t go out exploring, but she also is less emotional and anxious,” Pelger says. “The idea that it lowers emotionality in women is of interest.”

The few studies that have looked at human behavior have found that men report experiencing greater pain relief.

“When it comes to cannabis and cannabinoids, there has been a lot of evidence from animal studies showing that there are profound differences between males and females, especially in the area of pain relief,” says Columbia University associate professor of clinical neurobiology Ziva Cooper.

If you’re smoking pot because it’s fun and you like to get high, you probably don’t care about the subtle effects that cannabis exerts on your health. A slight decrease in inflammation is unnoticeable if you’re healthy.

However, if you’re struggling with your health, finding the right strain can be life changing. That’s why there’s so much interest in untangling how cannabis affects pain. Millions of patients could potentially be affected.

Cooper tested her own theories on cannabis and pain relief with a 2016 study at Columbia University. She looked at long-term pot smokers and had them smoke a joint. She then asked them to plunge one of their hands into a bucket of cold water. The participants described how much pain they were in and Cooper recorded how long they were able to keep their hand submerged. The same experiment was performed with participants who smoked a placebo joint as well as a control group that didn’t smoke anything. Her team found that men reported greater pain relief from cannabis.

“We have looked at the effects of cannabis in heavy recreational cannabis users. It’s possible that the women were not getting pain relief because they developed tolerance to this effect, requiring a higher strength or dose,” says Cooper. “We need to study both higher strengths in women as well as measure the effects of cannabis and cannabinoids in patient population who are lighter users.”

Men smoke significantly more than women, although legalization efforts could be changing that. Despite men’s propensity to smoke more, women are far more likely to become addicted. Women smokers who try to quit experience stronger withdrawal symptoms. It’s not clear why this is true. Researchers have bounced around theories ranging from environmental causes to metabolic or hormonal ones.

Cooper believes that most of the differences can be explained by the way men and women metabolize cannabis. 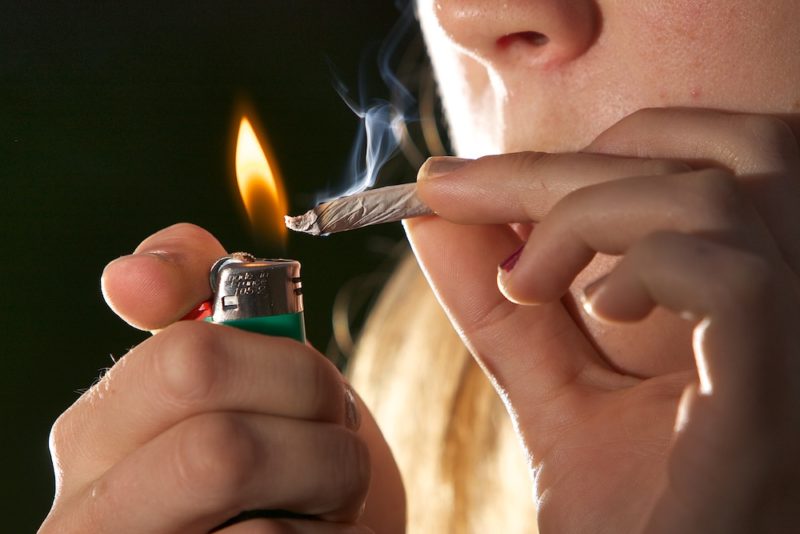 “If you compare male and female pain patients or cannabis-dependent users, any sex differences you find may be confounded by environmental factors such as social influences on medical or recreational drug use,” says Tom Freeman of King’s College London.

“Man,” and, “woman,” don’t mean the same thing as they once did in the social climate of 2019. The 1950’s definition has been called into question with the introduction of new gender identities outside of a two-gender construct. However, even in a gender fluid world, there are biological differences. Your body’s endocannabinoid system works with CB1 receptors. These are littered throughout your body. No one’s body is the same, so no endocannabinoid is the same either. THC and other cannabinoids latch onto your CB1 receptors when you consume cannabis.

CB1 receptors play a strong role in regulating your immune, nervous, and gastrointestinal system. Your endocannabinoid system sends neurotransmitters to the rest of the body. These are like little messages that tell the rest of the body what’s going on. If something is wrong, the system will flood your receptors with special signals.

Men and women have noticeable differences in the structure of their endocannabinoid system.

It’s also been theorized that cannabis affects men and women differently because they typically have different body fat percentages.

According to one study, “one cannot exclude the possibility that sex differences in the behavioral effects of cannabinoids are related to sex differences in drug disposition and body fat distribution… Women have a higher percentage of body fat than men, suggesting that women experience weaker effects because more delta9-THC is retained by fat cells.”

The research into the ways cannabis affects men and women is just beginning. Almost no conclusions can be made yet. It’s possible the differences that have been observed so far will disappear as cannabis becomes more accessible. Women are starting to consume more cannabis. If the trend continues, they may start smoking as much as men.

Ultimately, the journey with cannabis is a personal one. Individuals need to find an experience that works for their lifestyle and medical ailments. Gender may play a small role in preferences, but until science teases out more answers, there’s no way for us to know.