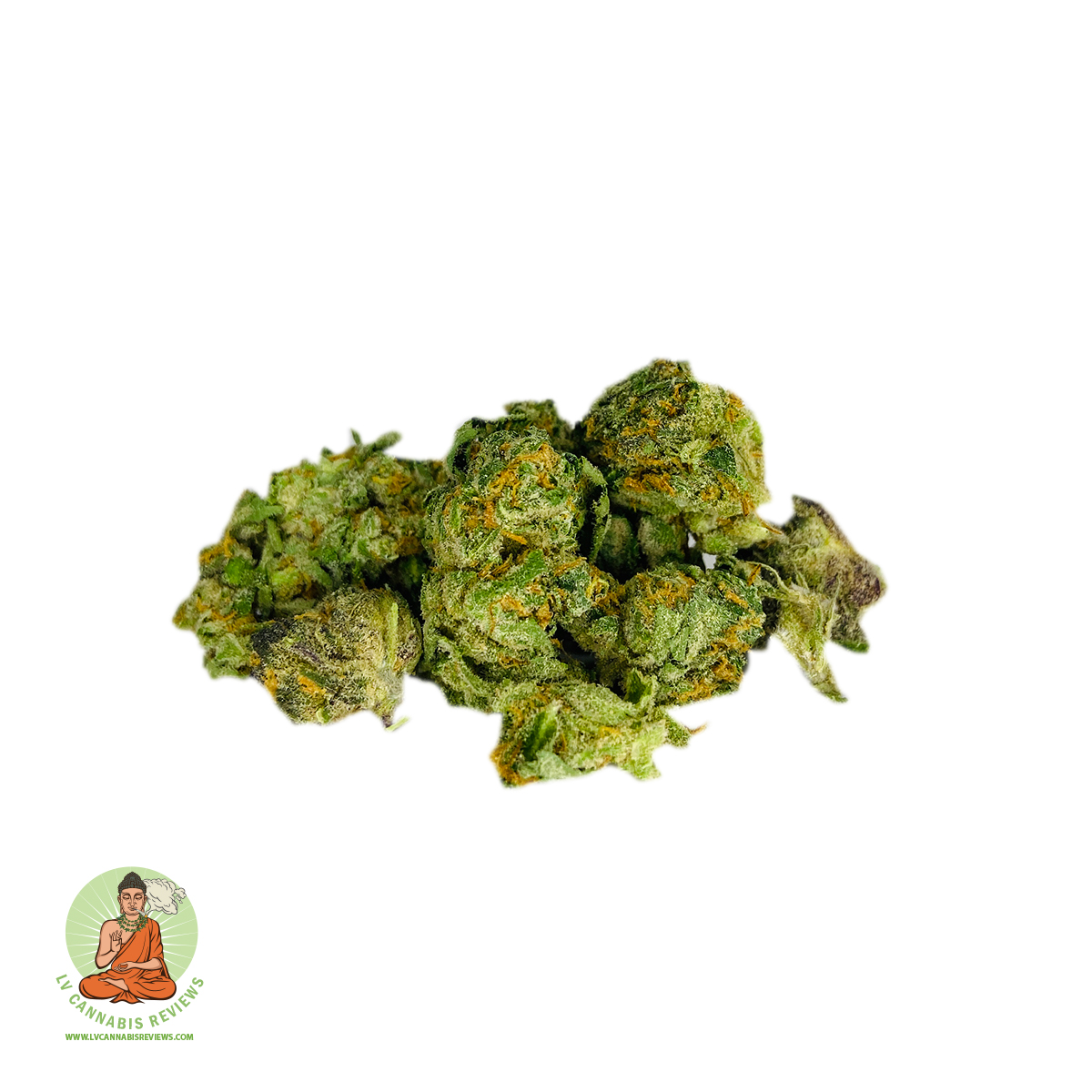 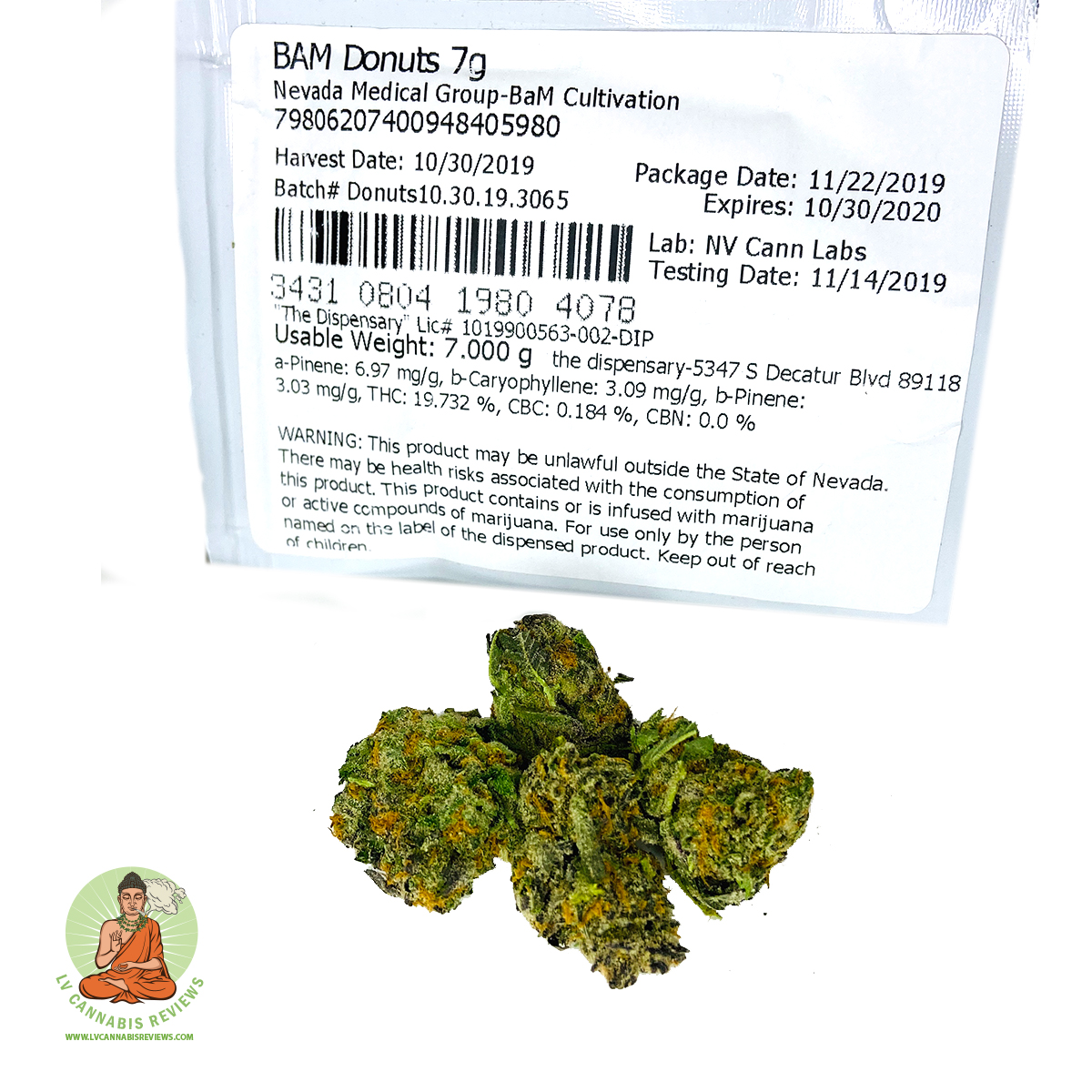 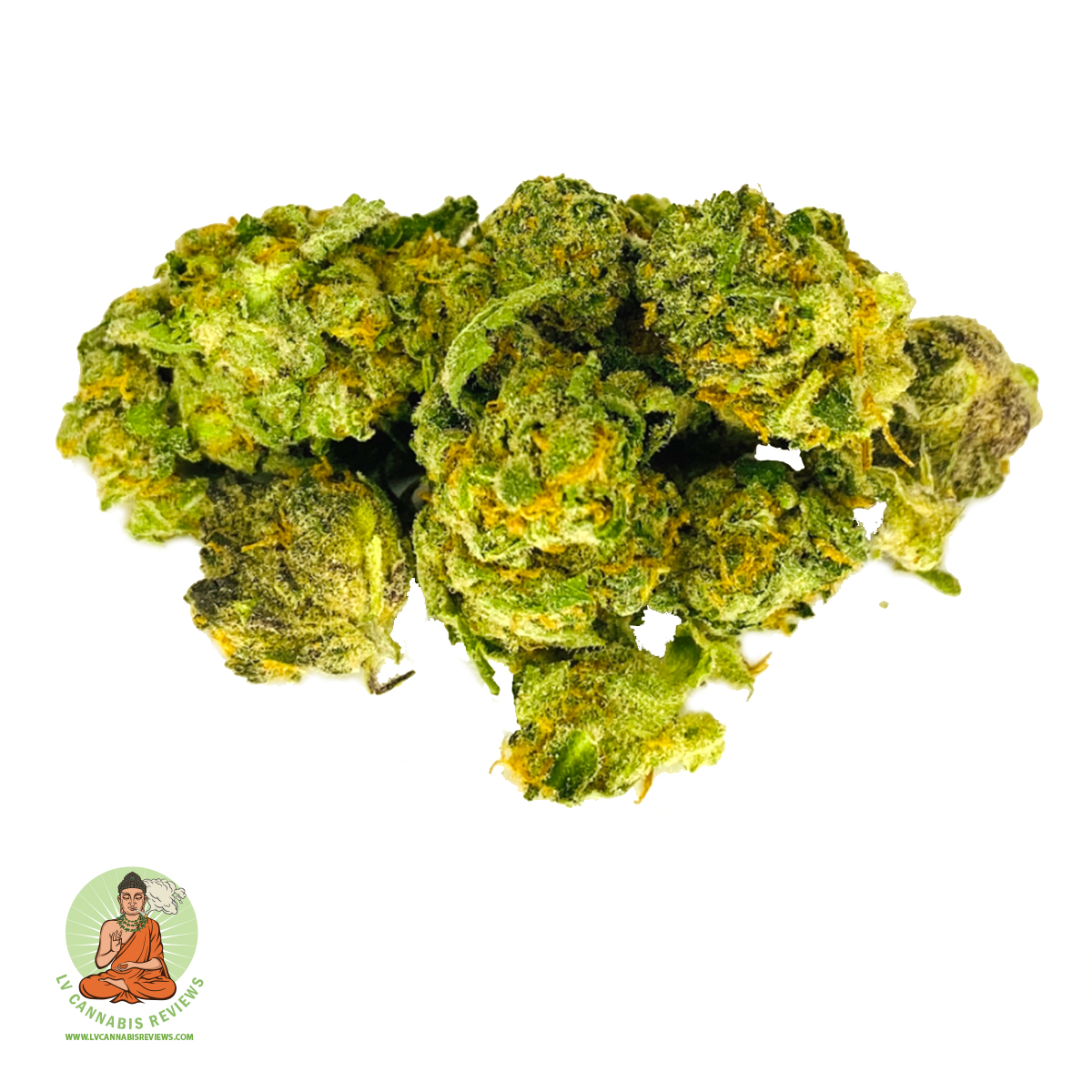 Donuts by Bam
Donuts is an indica dominant hybrid that was created by crossing Jet Fuel Gelato and Orange Cookies. It is a very sweet hybrid that originated from somewhere in Oregon. Little is known about who Donuts was created by. It measures in at 19% THC. This strain is one I have never personally consumed before, so this is uncharted territory for me. Homer Simpson's mouth would be salivating profusely just at the mention of this strain.

Appearance 2/5
I would have rated this strain higher on appearance, but it just wasn't trimmed properly. I would have rated it a one because of the trim job, but it is very pretty. There are waterleaves all over each nug. If it were trimmed a little better, it would have been much prettier. There are specks of purple all throughout each bud, which is common for strains with cookies genetics. The orange hairs on the emerald green buds both complement the purple specks nicely.

Aroma 2/5
The scent of Donuts would have upset Homer Simpson. It is very washed out. There is almost no scent at all. When I smell an individual nug, it smells almost like nothing at all. When I stick my nose in the bag, I get a slightly sweet aroma mixed with a coffee-like scent, but it's very faint.

Taste 3/5
I like the way Donuts by Bam tastes sweet. It has a candy-like flavor. It has an almost spicy but sweet taste like cinnamon and sugar. The smoke is smooth and doesn't burn my throat. There is a slightly sour flavor on the exhale, but it's not overpowering.

Effect 4/5
Donuts is a very relaxing hybrid that made me a bit drowsy almost immediately after smoking a joint. I get one hell of a case of the munchies about 45 minutes later, and I stayed stuck on my couch most of the night. This strain was just what I needed after a long day of smoking cannabis and writing.

Donuts is a strain I would recommend for someone looking to relax with nothing to do for the rest of the day. It is a great strain for relaxing and watching television. This is not a strain that I would use during the day, if I need to get things done. Users that are looking to boost their appetite should definitely give Donuts by Bam a try.

I think that Donuts by Bam was pretty mediocre in the looks department, but what it was lacking in looks in made up for in effects. This is a very good night time relaxation strain. For the price of $49 for seven grams, I feel it is a great value. If you are looking for something to help with appetite, I would give this a try over almost any other strain.

The Dispensary is located just south of Tropicana on Decatur. The parking lot is almost always full, but the staff moves people in and out of the store quickly, so it is usually not a big deal. There are three check-in windows, and the staff is very welcoming and friendly. The budtenders are helpful but not pushy like other shops around Las Vegas. I love that they give wheel spins for prizes based on how much you spend in the store. The prizes they give are great products, and I am sure that is what keeps the store full of customers. They also reward customers with a points program, and the points can be redeemed for heavily discounted cannabis products. The showroom can get a bit cramped during high traffic times, but medical patients can skip the line. The quality of flowers that they carry is very impressive. They have $49 seven gram specials almost every day, and the flowers on special are better than some flowers that I have paid way more for in the past.

Jeremy “Bearded Guy” Johnson is a true advocate for cannabis. He has over 8 years of experience managing dispensaries as well as growing cannabis. When he’s not tending his plants, he loves to spend time with his wife and 7 dogs. If you see him at a Las Vegas dispensary say Hello! He loves to make new friends.