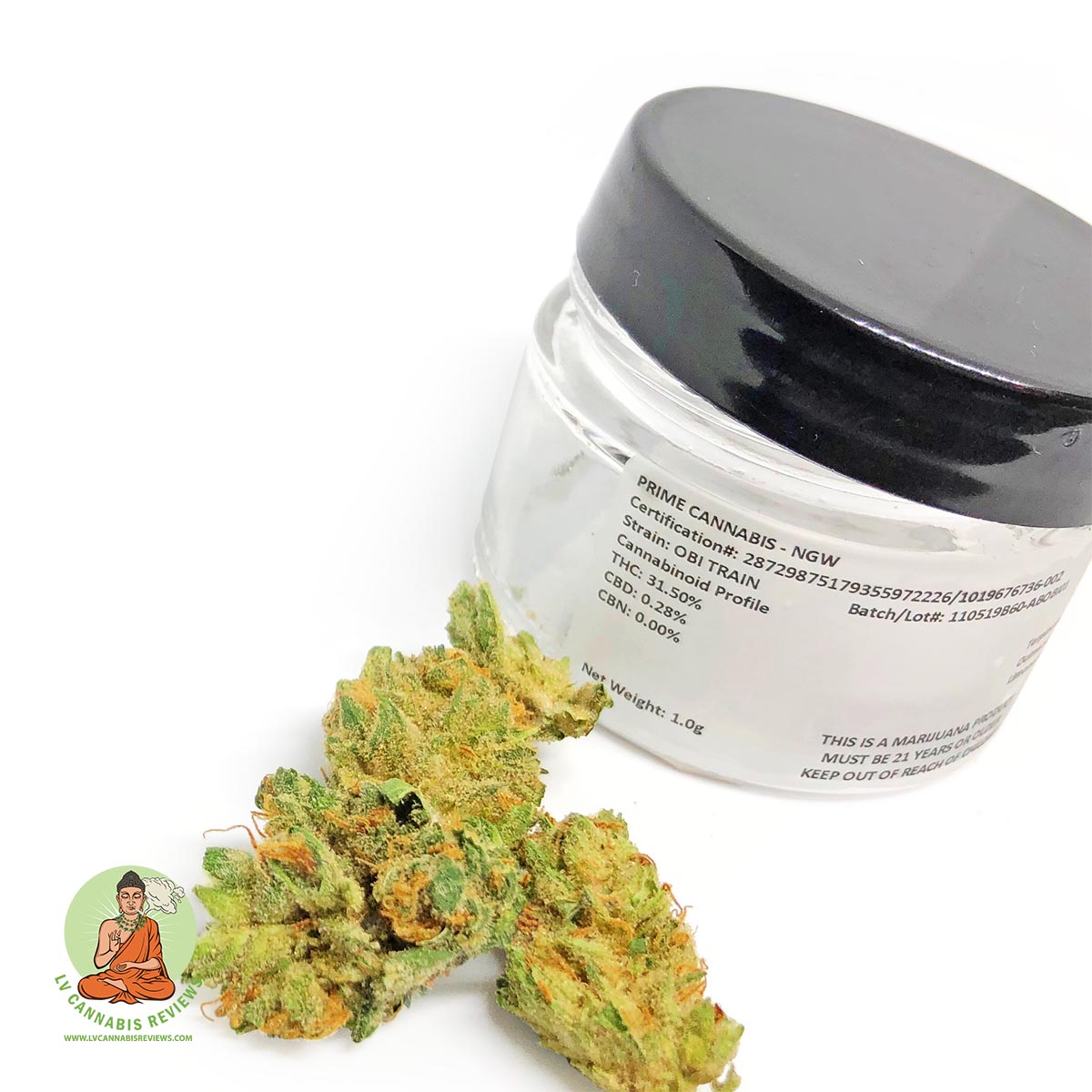 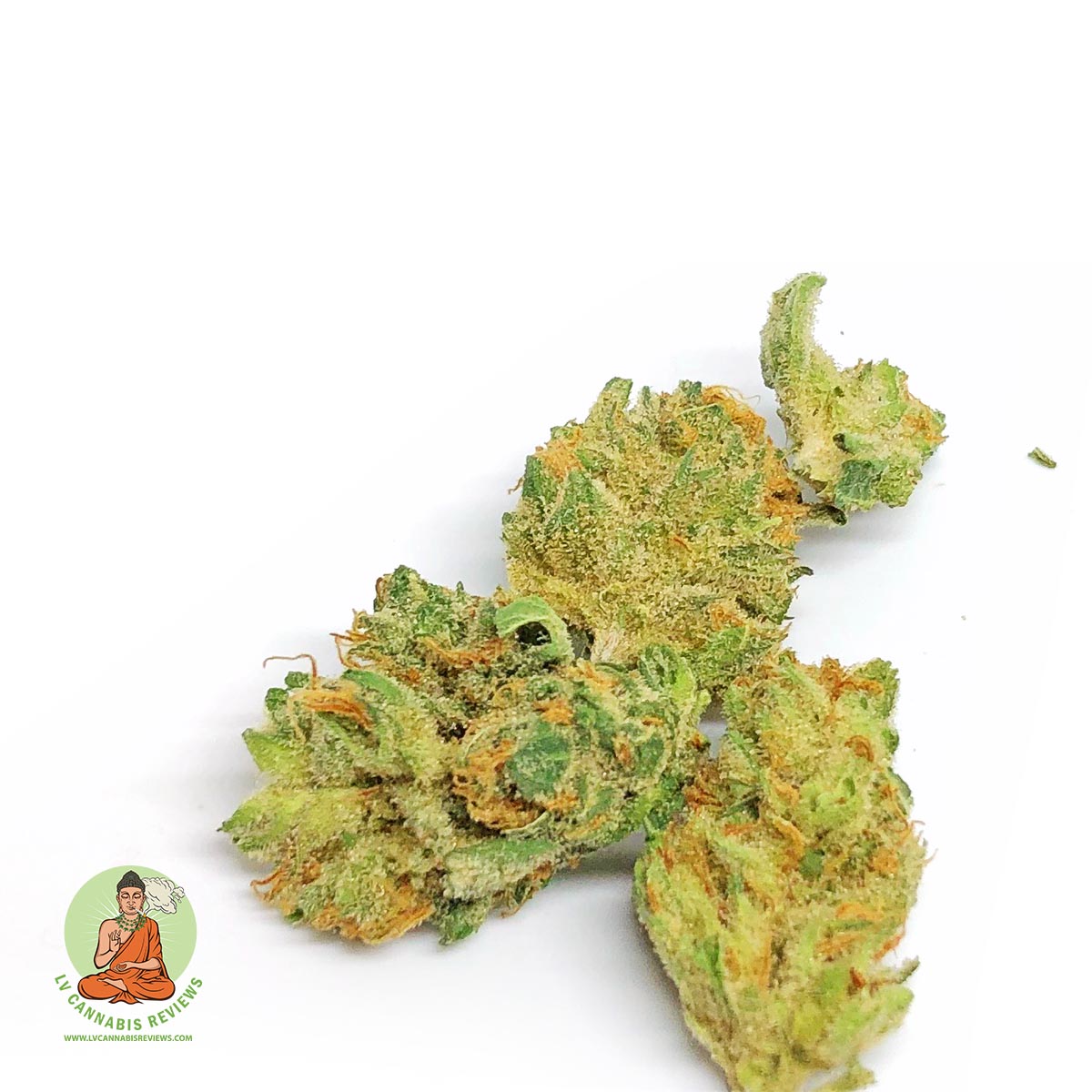 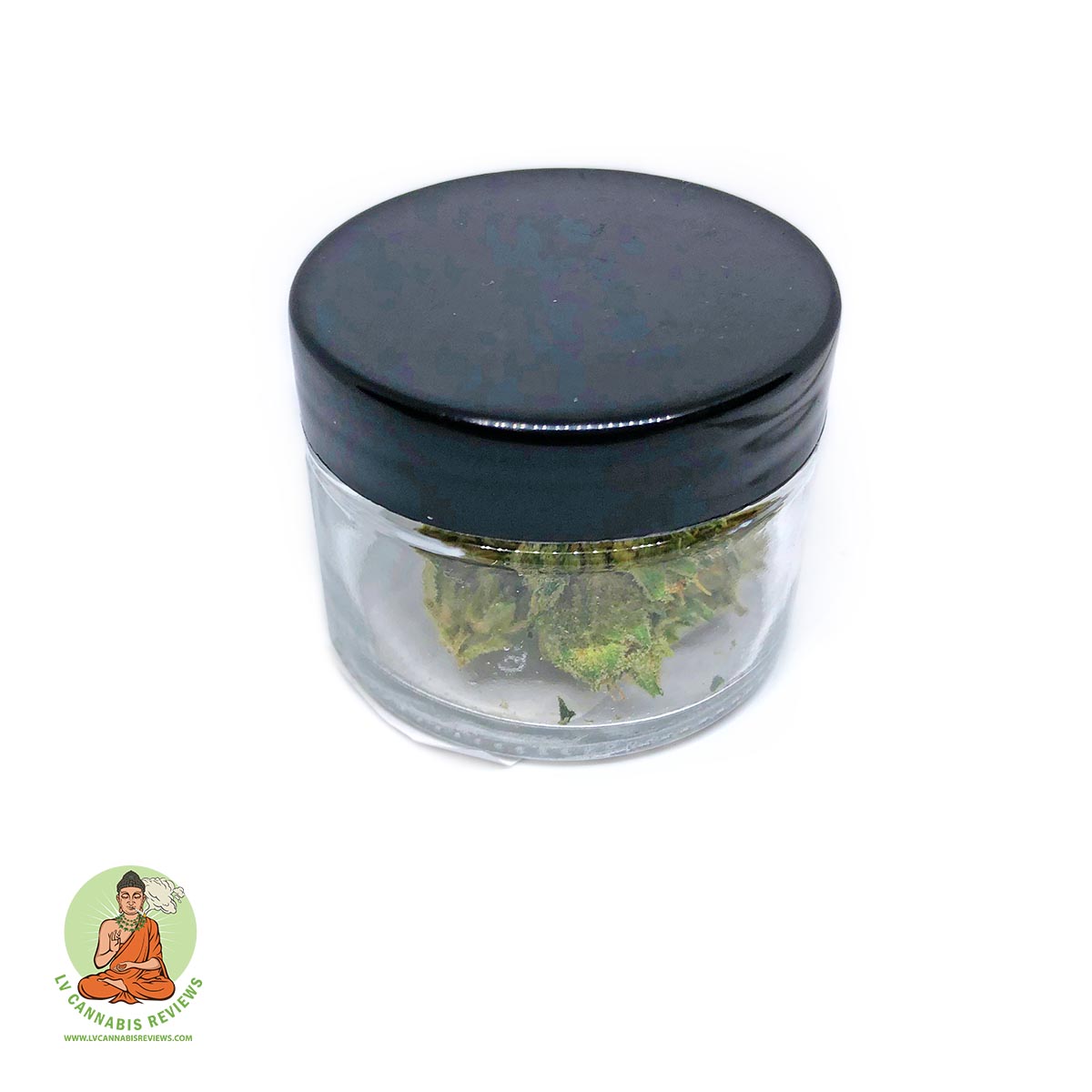 Appearance
Obi Train buds are a dark forest green 80%
Aroma
Obi Train smells like weed 60%
Taste
Tastes rich and earthy, with a subtle chocolate flavor 80%
Effect
Do you want to get high? Obi Train will do the trick. 80%

Obi Train by Prime is an odd bud. It boasts a THC percentage of 31%, which plunks it at the high-end range of bud. However, ShowGrow sells it for a reasonable $13 a gram. Experienced stoners will tell you that THC isn’t the only thing that matters. Yet, THC is what attracts people, newbies, and smokers, alike.

Appearance 4/5
Obi Train buds are a dark forest green. The shade is relieved by a few purple and pink splotches. The batch that I got, felt a bit crumbly, but I didn’t mind. I’m the weirdo smoker who actually prefers drier weed. I can break it apart in my fingers, without whipping out my grinder. The nugs are held in a slight, squat jar.

Aroma 3/5
Obi Train smells like weed. Typical, run-of-the-mill weed. There are no complex notes to grab the nose, no subtle twist to tease out. Obi Train smells like garden-variety plant material. There’s nothing offensive in the aroma, but there’s not much to attract, either. I enjoy the scent because I’m a smoker who likes weed. If you can’t say the same thing about yourself, you probably won’t enjoy sniffing Obi Train very much.

Taste 4/5
The smoke tastes rich and earthy, with a subtle chocolate flavor that lingers on the back end. I can’t take big puffs, the smoke is too harsh. It singes my throat when I try to hold it in for too long. I nearly dissolved into a coughing fit. Interestingly, there’s a faint aftertaste that disappears almost the moment that I notice it.

Effect 4/5
Do you want to get high? Obi Train will do the trick.

Do you want to feel insanely happy and delightfully creative? Then you might need a different sativa.

The peppy kick associated with these strains didn’t happen when I smoked Obi Train. It felt more like a hybrid. The gram was gone before I noticed; I kept smoking and smoking, trying to reach the expected elevated plane, but I never really go there.

Obi Train is a great strain for people who have never smoked such potent bud, but are deeply curious about it. They’ll get the thrill of smoking flower that tests at 31%, and they might be able to keep their wits about them. THC can make you silly if you’re not used to it, but Obi Train doesn’t hit as hard as it should, in my opinion.

I was disappointed with Prime’s Obi Train. A 31% THC percentage is like a promise. You expect the buds to be glorious, and it’s really off-putting when they’re not. Obi Train is a perfectly acceptable strain. It’s just not as good as it could be. I think the disappointment would be less jarring if you ignored the THC percentage. Don’t let it influence you.

READ ALSO:  How Long Does It Take For Marijuana To Get Out Of Your System?

ShowGrow is a small Westside dispensary that doesn’t have much personality. I’m scratching my head trying to remember something about ShowGrow that sets it apart, but I’m coming up blank. If anything, the dispensary is a little below average, in my opinion. The budtenders are bored and uninterested. It’s a shame because if they beefed up their customer service, ShowGrow would be a charming spot.

Customers are tracked by numbers given out by the receptionist. You’re free to wander around the dispensary until your number is called. This is the budtender who’ll be with you the entire transaction. So, if they’re in a bad mood, the entire experience is soured. However, the system is efficient. The best thing that I can say about ShowGrow is that I rarely have to wait longer than a few minutes or so. The long, obnoxious delays that are so common at other dispensaries are nonexistent here.

The menu isn’t bad, either.

Show up on the right day, and there will be over two dozen strains on the list. Anyone can find something they like among so much flower. Prices are typical for a suburban Vegas dispensary. If you plan on being a repeat visitor, make sure you ask to join their rewards program. You’ll probably have to ask because employees rarely remember to bring it up on their own. Once you’re signed up, you can earn discounts and rewards.