From vaccines to clean and potable water, the 20th century witnessed a plethora of discoveries and advancements that changed the face of healthcare and medicine beyond recognition. Pharmacy achieved great success with analgesics like opioids and opiates for pain relief. But the alarming addiction rates and deaths due to opioid misuse simultaneously called for safer pharmaceutical alternatives. People also sought herbal remedies like CBD + CBN sleep tincture to aid pain relief, and many other illnesses.


What are the constituents of a cannabis plant? 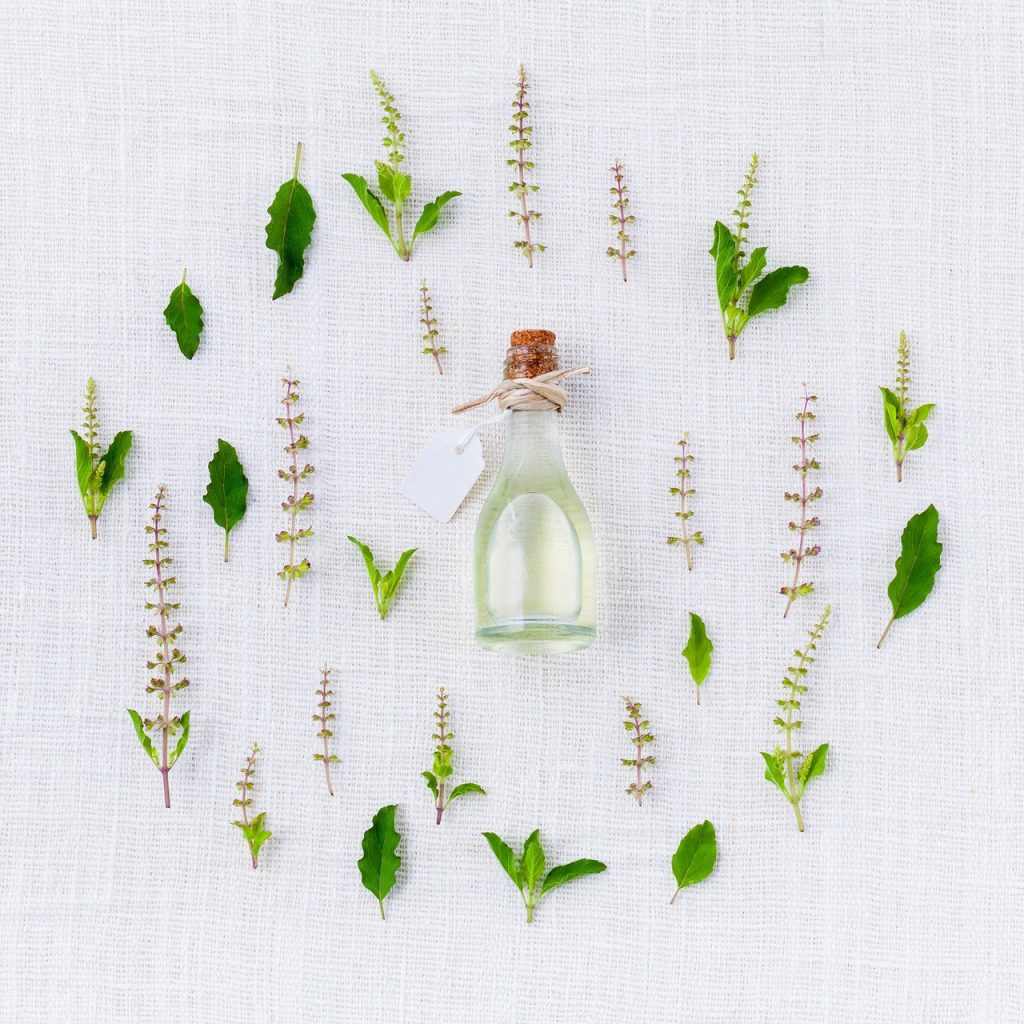 CBD (Cannabidiol) is popularly called the healing, non-psychoactive cannabinoid. It maintains a good safety profile and shows considerable tolerance in humans. You would not face issues of unhealthy dependence on its doses or substance abuse. We extract CBD from marijuana and hemp, both of which belong to the same plant species Cannabis Sativa. However, they contain different quantities of cannabinoids. Marijuana has more THC and less CBD, while hemp contains more CBD and less THC. Therefore, CBD is usually sourced from hemp.

How do cannabinoids work in the human body?

If you wish to understand the mechanism of cannabinoids’ functioning in the human body, you should begin with the Endocannabinoid system.


It is a complex biological system in the human body, discovered by medical researchers in the 1990s. Although we don’t have sufficient data about its interactions and performances, it impacts several vital processes, including appetite, sleep, mood, memory, and circadian rhythm. The endocannabinoid system has three components: receptors, enzymes, and endocannabinoids. These parts continue to function regardless of whether someone uses CBD or not.

The receptors are substances to which the endocannabinoids bind; they are present throughout the human body. The binding takes place after the endocannabinoids have undergone a breakdown facilitated by enzymes. According to researchers, CBD does not attach itself directly to the receptor but has some influence. Activation of receptors by the cannabinoids allows for many of the health benefits people associate with CBD. 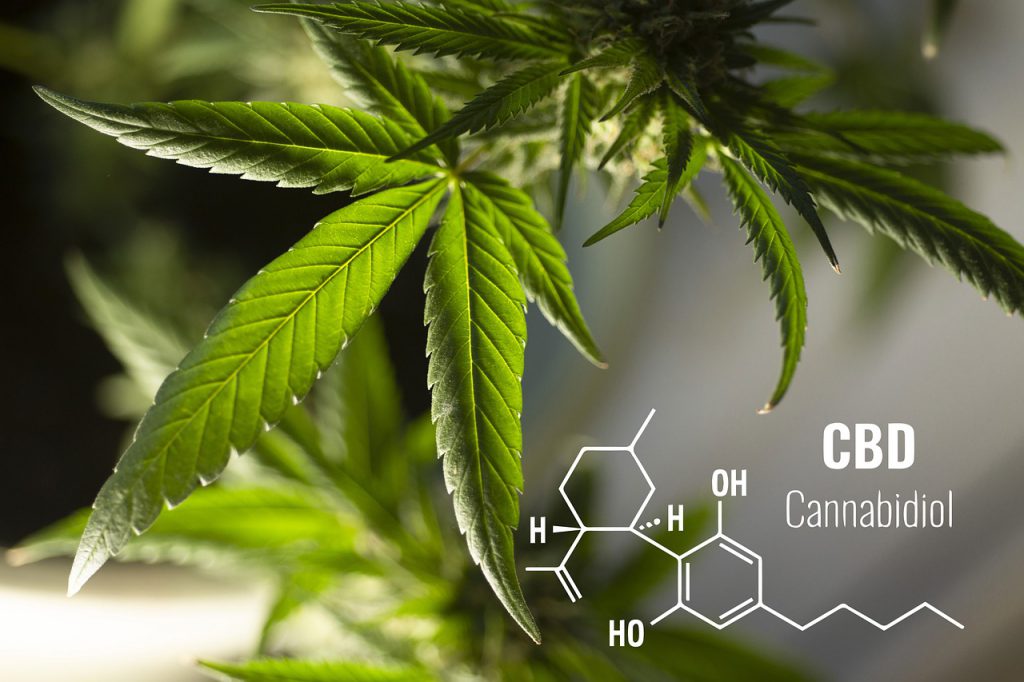 Over the years, we have seen that research work on CBD has erupted hugely. As a result, more of its forms are finding their way into the commercial market. In addition, it has shown therapeutic efficacy in preclinical studies against diverse medical conditions like seizures, anxiety, depression, cancer, inflammation, multiple sclerosis, and chronic pain.

A study taken from the Journal of Pain Research suggests that CBD may help decrease long-term pain by affecting endocannabinoid activity, which will reduce inflammation and interaction with neurotransmitters.

Anxiety gives you heavy bulks of stress, which can even lead to the development of PTSD. So what can CBD do in this case? Well, a 2019 study hinted that systemic CBD prevented the increase of stress. A 2020 review in CNS Drugs found that treatment with CBD reduced seizures in people with Dravet Syndrome, a drug-resistant seizure disorder.

According to the Journal of Dermatological Treatment, certain cannabinoids demonstrate anti-inflammatory, anti-itch, anti-aging, and anticancer properties. Some experts suggest that these effects occur when the drug interacts with the endocannabinoid system found on the skin. The side effects of using CBD may differ according to whether one consumes it via inhalation or oral use.

Although CBN should show some intoxicating effects due to its weak binding with CB1 receptors, three studies with human subjects who received CBN reported no symptoms of intoxication at all. In a study, when scientists tested CBN on strains of MRSA bacteria which are usually resistant to traditional antibiotics, they found that CBN acted as a potent antibacterial agent against them.

According to recent research by Steep Hill Labs, CBN is the most sedative of all cannabinoids, with efficacy that surpasses those of pharmaceuticals. It claims that the consumption of 2.5-5mg of CBN has the same effects as using 5-10mg of diazepam (Valium). In addition, the same study indicated that CBD could balance the intraocular pressure in the eye. Thus, it could treat glaucoma without experiencing the psychoactive properties that one would otherwise encounter with THC-laden remedies.

The pure CBD hemp capsules are a combination of CBD and CBN, which enhances the analgesic effect that the individual compounds would have shown when used separately. In addition, the absence of THC in these capsules makes them non-intoxicating. According to studies, the combination of CBD and CBN is effective in treating pain relating to multiple sclerosis and arthritis. 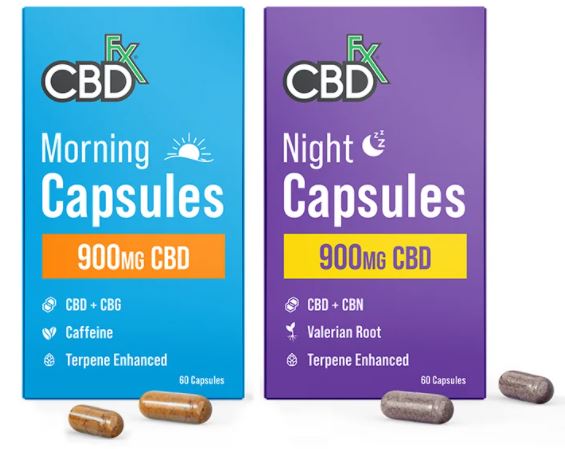 Insomnia is one of the most commonly known symptoms of anxiety. Sunday Scaries CBD in higher doses has a sedative, relaxing effect, while small amounts of CBN have been found in research to prolong sleep; thus, reducing one’s anxiety. When an entourage effect is created by combining CBD and CBN, it helps in boosting the overall effectiveness.

There is some concrete evidence on the health benefits of cannabinoids for chronic pain, symptoms of spasticity associated with multiple sclerosis, and chemotherapy-induced nausea and vomiting. In each of these complications, the cannabinoids are administered orally. However, the potential efficacy of cannabinoids for severe conditions such as epilepsy, post-traumatic stress disorder, etc., should be investigated further, considering the number of people who use cannabis to attain relief from these conditions. With the increasing number of cases, the need for conclusive research to furnish ample proof on the therapeutic effects of cannabinoids has become an urgent matter.