Medical marijuana refers to cannabis sativa derivatives that are used to treat symptoms associated with certain medical disorders. Medical marijuana, often known as medical cannabis, is a type of marijuana that has been approved by the FDA.


Cannabis sativa has a lot of active ingredients. Cannabidiol (CBD) and delta-9 tetrahydrocannabinol (THC) are the most well-known (CBD). THC is the principal psychoactive component in marijuana.

For decades, researchers have investigated and debated the therapeutic effects of marijuana and its constituents. In specific formulations, THC has shown to have medical benefits. The US Food and Drug Administration (FDA) has approved THC-based drugs dronabinol and nabilone for the treatment of nausea in cancer chemotherapy patients and to promote appetite in patients with AIDS-related wasting syndrome. Marijuana is a plant. It contains cannabinoids, which are substances that alter the central nervous system. The leaves and blossoms of the herb, which are used to create medication, contain the highest concentration of cannabinoids.

For pain and symptoms of multiple sclerosis, some people take marijuana extract by mouth or as a spray to be administered under the tongue.

Several more marijuana-based treatments have already been authorized or are being tested in clinical trials. Nabiximols  is a mouth spray that mixes THC with another chemical present in marijuana called cannabidiol to treat the spasticity and neuropathic pain that can accompany multiple sclerosis. It is currently marketed in the United Kingdom, Canada, and other European nations (CBD).

The FDA recently approved a CBD-based liquid drug, for the treatment of Dravet syndrome and Lennox-Gastaut syndrome, two types of severe pediatric epilepsy. It’s given to patients in a consistent dosage form and via a repeatable delivery method to ensure that they get the expected results. CBD lacks THC’s euphoric effects.


How does Marijuana work? 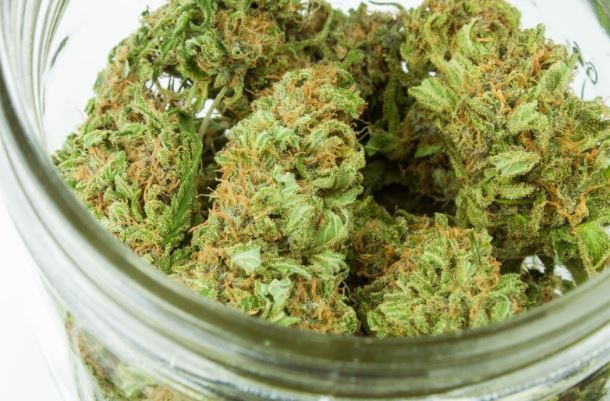 THC (delta-9-tetrahydrocannabinol), the psychoactive component, is the most active molecule in marijuana. Dried flowers, or buds, have the highest THC concentrations. THC is rapidly absorbed from the lungs into the bloodstream and transported to the brain and other organs throughout the body when marijuana smoke is inhaled. THC from marijuana binds to cannabinoid receptors in the brain, triggering a series of biological processes that result in the euphoria, or “high,” that users feel. It’s possible to experience feelings of pleasure, relaxation, and improved sensory perception. Some people may feel uncomfortable, paranoid, or experience a panic attack due to greater THC levels in those who aren’t habituated to the effects. The hippocampus, cerebellum, basal ganglia, and cerebral cortex have higher cannabinoid receptor concentrations than other parts of the brain. Memory, attention, pleasure, coordination, sensory perception, and perception of time are all influenced by these areas. 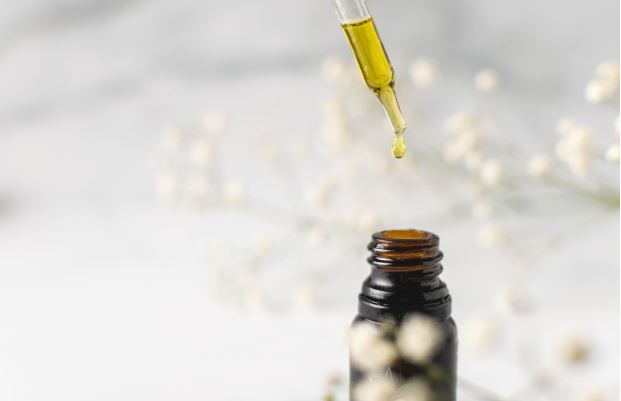 If you have a doubt of how to vape weed then weed/marijuana can be smoked as a vape, joint or a nail, or in a pipe or bong. It is sometimes smoked in “blunts,” which are cigars that have been emptied of tobacco and refilled with marijuana, frequently in conjunction with another narcotic like crack. The “blunts” keep the tobacco leaf that was used to wrap the cigar, combining the active elements of marijuana with nicotine and other dangerous substances. Apart from how we use it there are various uses of marijuana, some are listed below.

Multiple sclerosis is a disease that affects the. Applying a spray containing marijuana extract under the tongue appears to alleviate several self-reported symptoms of multiple sclerosis, such as muscular spasms, the need to urinate, and nerve pain. This substance is licenced as a prescription treatment in the United Kingdom to treat muscle spasms in patients with MS. This medicine is approved in Canada to treat nerve discomfort in persons with MS. In the United States, this substance is not accessible as a prescription medication. In addition, some contradictory information suggests that this medicine does not significantly alleviate muscle spasms, urination frequency, or tremors in MS patients. The effects of marijuana extract taken by mouth have yielded mixed outcomes.

Weight loss due to HIV/AIDS. AIDS patients’ appetites appear to be stimulated by marijuana smoking. People with HIV who are taking indinavir or nelfinavir may gain weight from smoking marijuana cigarettes.

Marijuana/ weed vaporizer’s calming effects may aid in the treatment of insomnia and other sleep disorders. Pain relief from marijuana use may also lead to better sleep.

Marijuana’s CBD is known to aid with inflammation. In principle, this could help people with inflammatory illnesses like Crohn’s disease which is a chronic disorder in bowel also called Irritable Bowel Disease, Irritable bowel syndrome (IBS) and Rheumatoid arthritis which is a type of arthritis that affects the joints.

Inflammation in the body can be reduced, which can help with general health.

Marijuana’s cannabinoids may relieve pain by modifying the brain’s pain perception pathways. This could assist with chronic pain issues like arthritis which causes pain in the joints and restrict you to walk or do any work properly, fibromyalgia which causes pain in the muscles along with severe fatigue, sleep, memory issues etc. Endometriosis is related to the tissue in the ovaries, fallopian tubes etc, which causes pain and migraine which causes severe headache and becomes unbearable resulting in vomiting or unconsciousness.

It may also lessen the negative consequences of cancer treatment, such as weight loss.

Medical marijuana has been claimed to assist in the replacement of long-term usage of NSAIDs such as ibuprofen, which can have significant side effects.

Another problem with “medical marijuana” is that nothing is known about its long-term effects on people who have health or age-related vulnerabilities, such as older adults or people who have cancer, AIDS, cardiovascular disease, multiple sclerosis, or other neurological illnesses. More research is needed to see if those whose health has been harmed by disease or its treatment (e.g., chemotherapy) are more susceptible to negative health effects from marijuana usage.