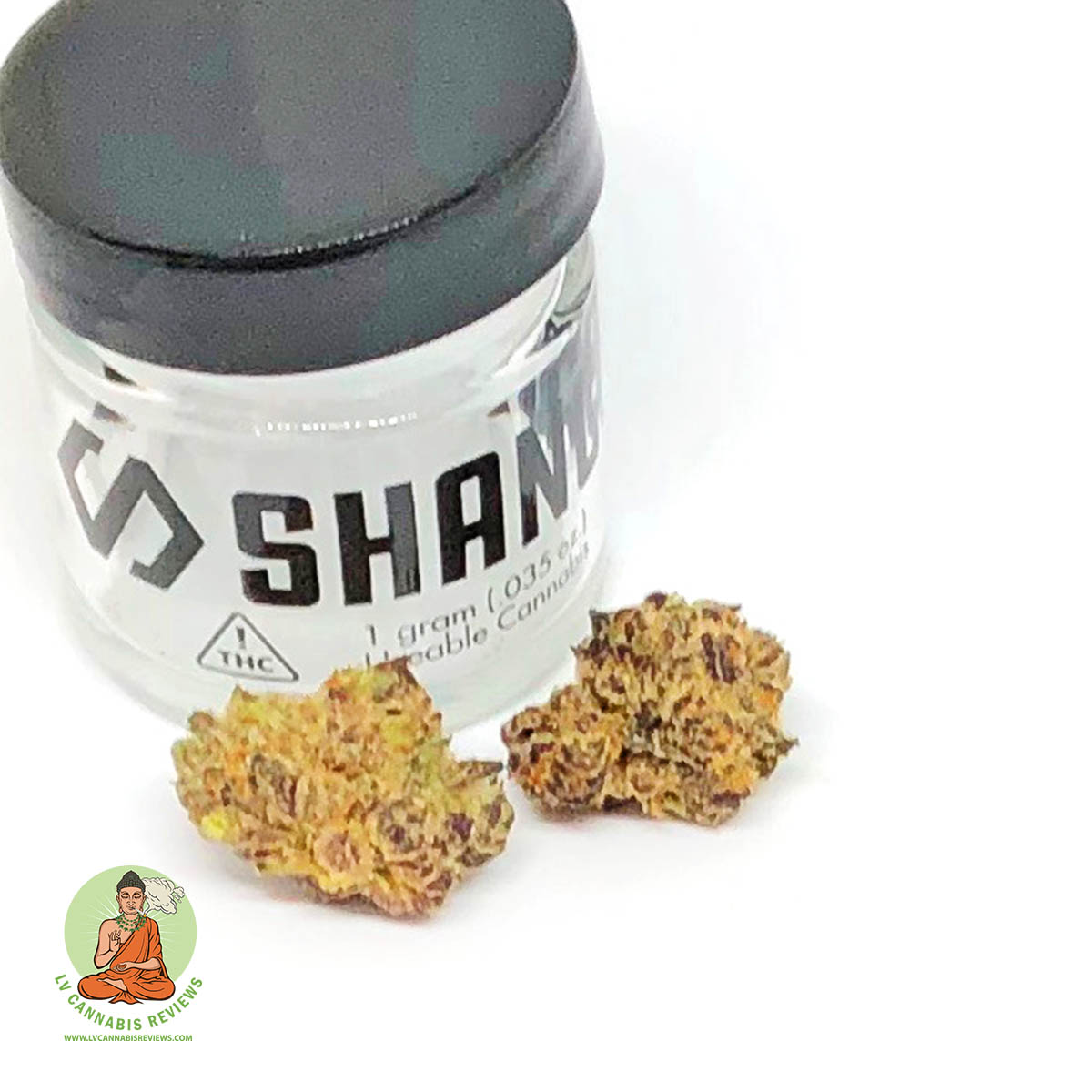 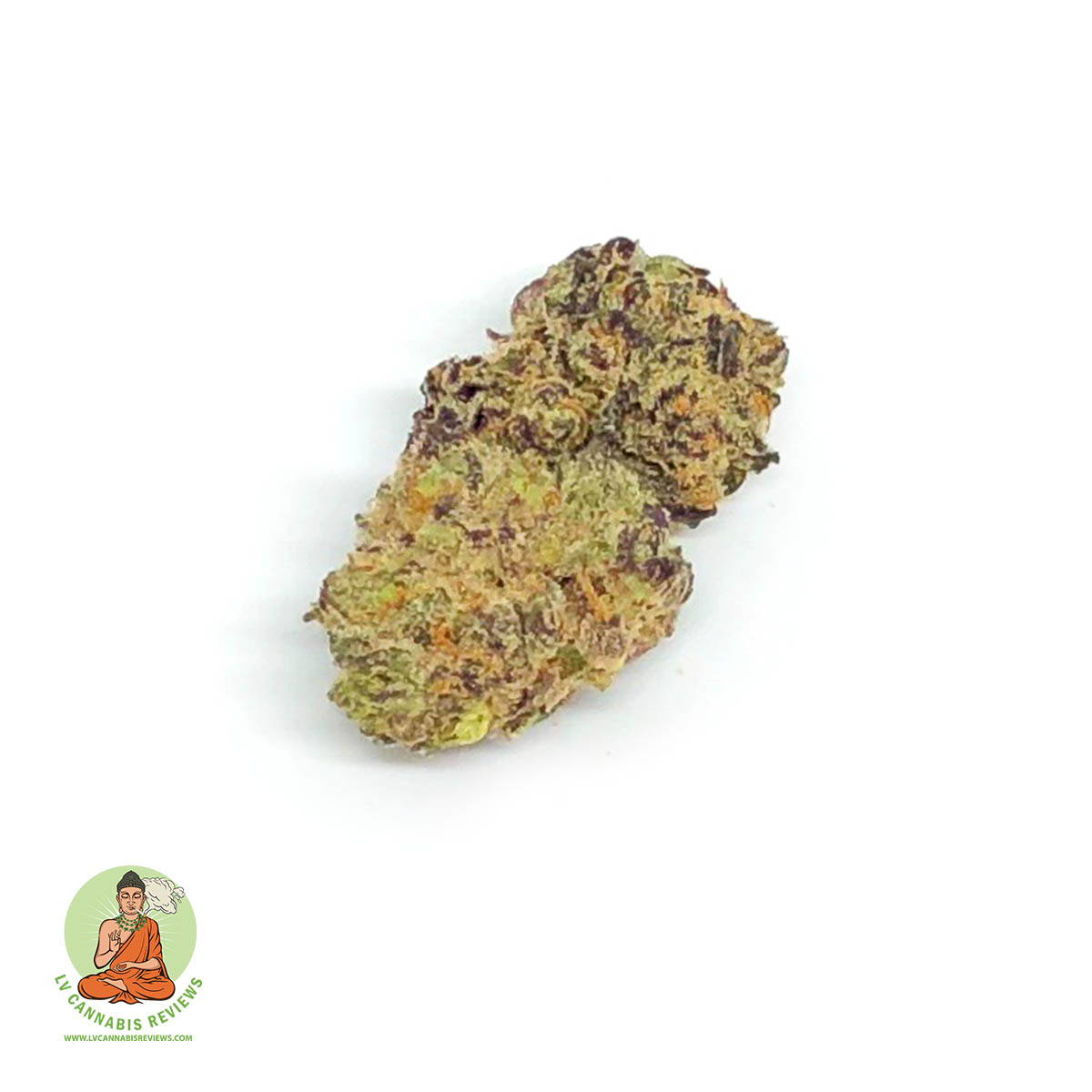 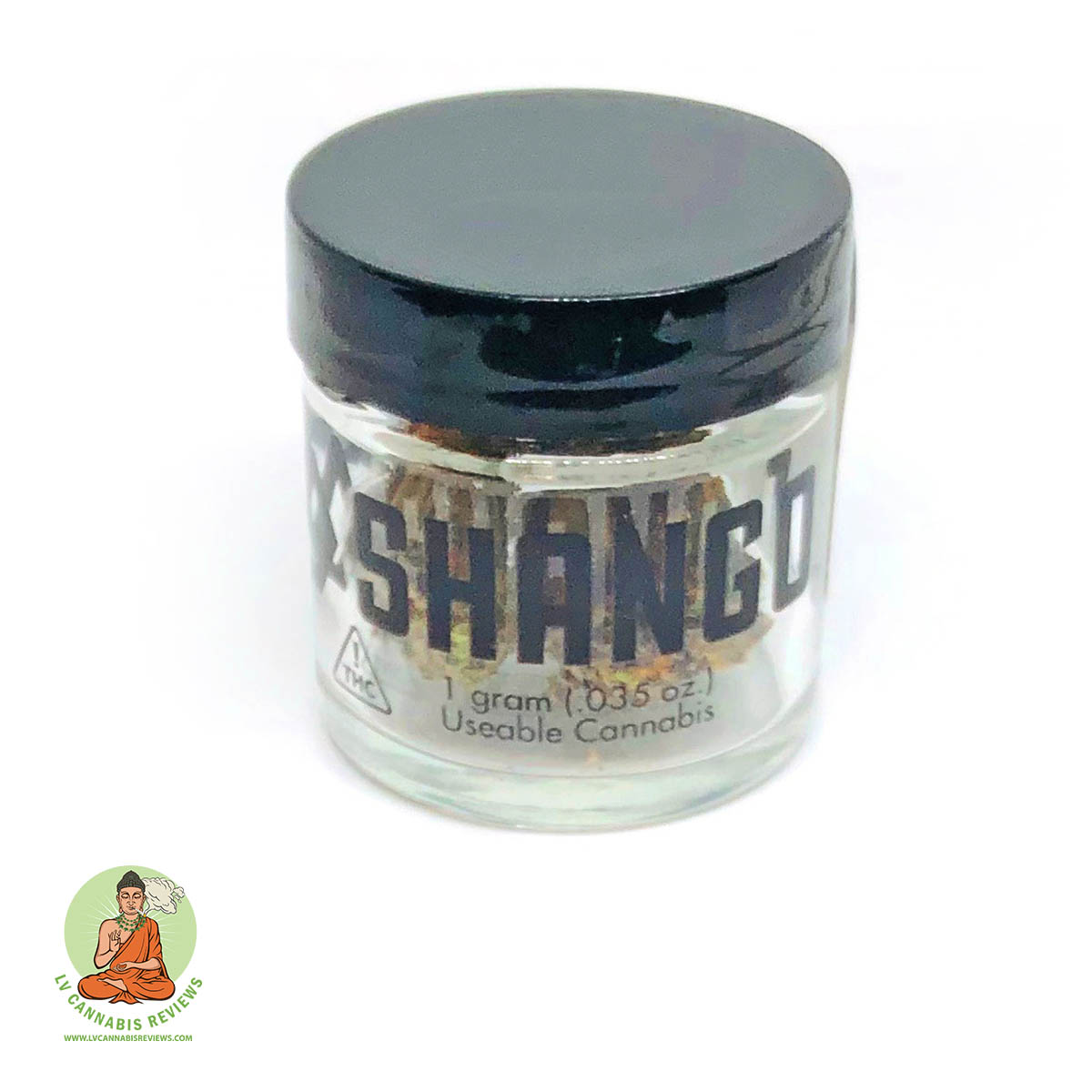 Appearance
Each nug is studded with deep purple patches 100%
Aroma
The buds give off a spicy, floral scent 80%
Taste
It tastes like weed, but the moment your brain recognizes the familiar flavor, it changes into something more complex. 80%
Effect
Sweet euphoria lifted my mood 80%

Shango has too many top-tier strains to make buying weed an easy decision. Confronted with a list of high-powered strains, I ended up picking one out at random. Humble Pie. According to Shango, the buds typically test at around 21% THC.

Appearance 5/5
Each nug is studded with deep purple patches. They almost look black in the darkness. Smoker lore says that purple weed smokes better. Is it true? I’m not sure, but purplish weed certainly LOOKS better than its plain-jane green counterparts. When the buds are ground up, the pretty purple mixes nicely with the silvery trichomes and green leaves.

Aroma 4/5
Humble Pie reminds me vaguely of Christmas time. The buds give off a spicy, floral scent that I wish I could bottle. The harsh weedy notes that often interfere with glorious cannabis scents are missing. I can’t smell anything, except what’s enticing and interesting to the senses. It’s a good thing that I like the scent because it’s extremely pungent.

Taste 4/5
Humble Pie’s flavor is hard to pinpoint. It tastes like weed, but the moment your brain recognizes the familiar flavor, it changes into something more complex. The grassy notes fade on your tongue, replaced by a semi-sweet flavor that’s reminiscent of real pie.

Effect  4/5
If I didn’t know any better, I would think that Humble Pie was a sativa. I was only one hit deep before a sweet euphoria lifted my mood. Are there still problems in the world? Who knows, I’m smoking Humble Pie. I can’t think about anything negative. This strain is suited for kitten videos on YouTube, and long trips to your grandmother’s house.

Shango’s Humble Pie is a fantastic strain for beginners. It’s easy to dose yourself. Start out with just a hit or two, and see how you do. 21% THC sounds like a lot, especially if you’re not used to it, but the Humble Pie high is so relaxing and gentle that you’re unlikely to have any sort of panic attack.

Humble Pie by Shango has a lot to boast about. The buds produce a sturdy, likable high that enlivens the day. I couldn’t tell if Humble Pie was a sativa or an indica-leaning strain; I felt too balanced. $18 is a little pricey for a gram these days, but this time it was well worth it.

Shango should be one of the most popular dispensaries in town. Maybe it is, I don’t know. What I do know is that, however much they’re making right now, they could be making even more, if they made a few changes.

Shango is the sole dispensary located on the Boulder Highway strip. There are a ton of casinos and weekly motels dotting that road. Shango is poised to capture ALL of this market. But, why aren’t they?

When you drive past Shango’s massive dispensary, there’s nothing to indicate that it’s a dispensary, at all. I took an Uber to the dispensary this time, and the driver thought Shango was a car warehouse.

The same inattention to branding persists inside. The lobby is bland and uninteresting. The dispensary itself is huge and well-maintained, but they discourage cell phone use, so you can’t get a good picture.

All of that being said, Shango still sells some of the best weed in Las Vegas. They grow dozens of strains in-house, and they’re all top-notch. The budtenders are friendly and knowledgeable. I always pick up something interesting when I stop by. The prices aren’t the cheapest that I’ve seen, but the high quality makes up for it.

Pro tip: Bring your own exit bag to save $2