We’ve all experienced this at one point or another in our lengthy smoking careers. We’ll fire up our usual bowl or joint, expecting to get just as baked as we normally do. But, after that session is done, we find ourselves barely affected by the bud whatsoever. The small amount of bud that used to get us to that desired level of “high” just doesn’t seem to cut it anymore. Which, as you could already assume, is a tremendous bummer.

However, as cruel as this may seem, it’s all your fault.

It’s true. The constant intake of cannabis over spans of time builds up a strong THC tolerance within you, and it’s caused you to need more and more tokes, pulls, and rips in order to even feel anything. Gone are the days of “high school highs” that would catapult you to new heights that your body and mind never thought possible. Now, because you enjoy cannabis so much (and so often), the likelihood of you attaining such a feeling again is pretty much impossible – unless you take steps to lessen your tolerance that is.

Everything You Need To Know About THC Tolerance

Now, to be fair, I know I’m throwing a lot at you all at once. So, let’s take a few steps back and tackle the topic of THC tolerance from a more pragmatic standpoint, shall we? Before we launch into how to lower your weed tolerance, we must first understand what marijuana tolerance is all about and how it’s caused.

First, you should be aware of what cannabis tolerance is.

When you smoke (or ingest) marijuana, the THC within it powers up things in your body known as CB1 receptors. These receptors, are the main things that help you get “high.” That “high” is your body and mind reacting to an unexpected, unusual increase in CB1 receptors. Which, as a quick reminder, only increased because of the THC you just enjoyed. Once that THC flees your system, everything goes back to its normal state.

READ ALSO:  Grinder To A Halt

If you are anything like me, one toke every week or so just ain’t going to cut it. For people who continue to introduce THC into their brain on a more consistent basis, that ol’ noggin of yours thinks it has to counteract that occurrence of too many CB1 receptors somehow. The brain usually wants to preserve CB1 patterns that its used to, so it goes ahead and reduces the amount of receptors on its own, while weakening their overall effectiveness on the body and mind.

Essentially, the brain doesn’t want the THC to work, so it does everything in its power to rid it of as much strength as it can. Which, as you’d rightfully assume, means the consumer has to up their amount in order to feel that same “high.”

That, my friends, is the basic breakdown of what marijuana tolerance is. There is no standard amount of bud that would actually cause this to happen because, as we all know, everyone’s body and genetic makeup is different. Cannabis affects every consumer in a varying, personal way. The nuts and bolts of how tolerance develops in a person is based on how much and how often they consume cannabis.

However, there is a light at the end of the tunnel, my friends. There are ways to increase your tolerance, but it may not be the most preferred route by cannabis enthusiasts. 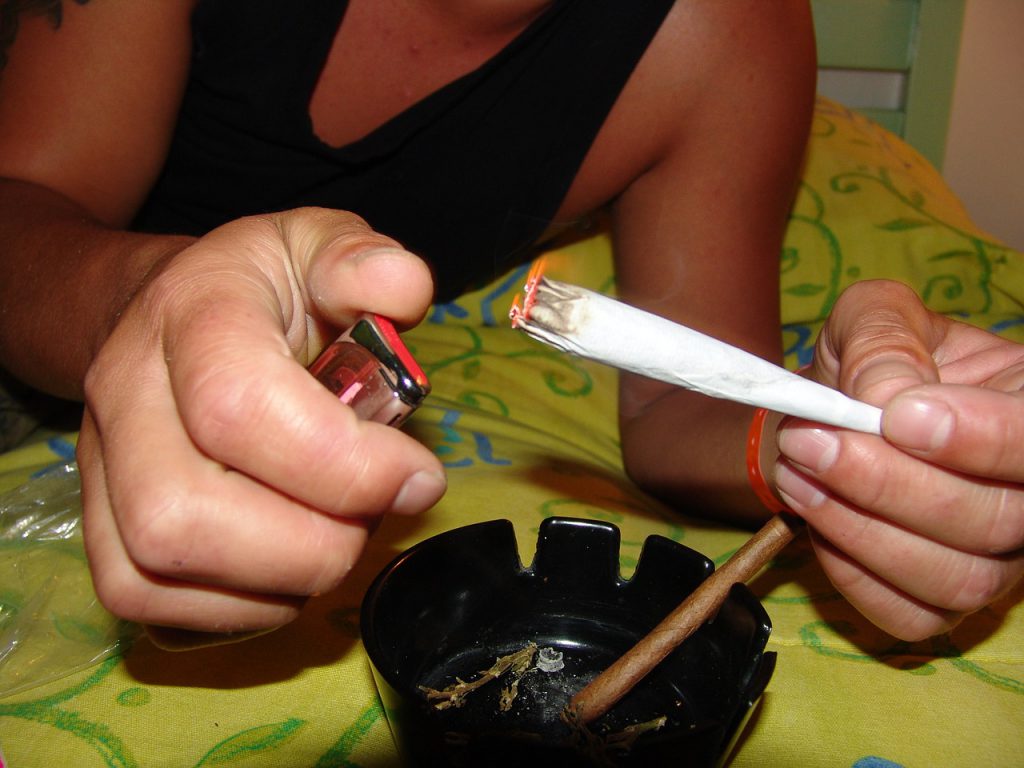 Yeah, unfortunately the best (most effective) way to bring your CB1 receptors back to normal, and ready to receive the utmost amount of THC, is by giving up cannabis for awhile. Which is, probably, already creating a few frowns amongst you. Trust me, I understand. But allow me to perk up those depressed faces with another piece of information: You’d only have to hold off for a week or two – depending on your current, usual intake.

By giving up bud for a predetermined amount of time (or longer) will allow your brain an adequate period to recover itself. During which, you may find that your brain function and behavior starts to differ. Obviously, while it goes without saying, if cannabis is a multiple-times-a-day thing for you, this process may be a bit more intense. But it is in no way, damaging, harmful, or painful whatsoever.

It’s just a minor lifestyle change that some may struggle with. Think of these moments, referred to as a T-Breaks, like going on a diet to make weight for an upcoming event. Yeah, it will take a little discipline, but at the end of the day, it will only make your life that much better. Weed tolerance breaks aren’t always the easiest (or most “fun”), but the end result makes the abstinence worth it – especially since it’s only for a couple of weeks.

That in itself, is beyond impressive. The fact cannabis doesn’t toxically damage your brain, it allows for recovery to happen at a rate much faster than alcohol for instance.

With alcohol, the brain cells are taking a massive beating, with many of them not surviving the battle. Abstaining from a substance that is widely considered one of the most addictive on the planet, it sends the body into a tailspin of irritability and irrational behavior. In addition to that, it takes the mind and body far longer to recover from the damage that’s been done by alcohol, whereas cannabis takes only a fraction of that time in order to get things “back to normal.”

T-Breaks are a necessary part of a cannabis enthusiast’s lifestyle. Which may seem counterintuitive, but in order for us to keep enjoying marijuana to the fullest extent, we need to take care of our CB1 receptors. There are probably a handful of competitive eaters out there who go on diets every now and then right? The same can be said about people who want to keep that “good time going” through a 2-week period of abstinence.

Not only is this great news to those of you who may have felt you have outgrown cannabis, but it’s just another notch in the belt for marijuana being one of the safest medicines available today – if not ever.

Even when compared to nationally legal substances like alcohol, cannabis continues to prove that it is incredibly harmless, non-addictive, powerfully therapeutic, and wonderful for any and all things related to stress. Anxiety becomes a distant memory, relaxation becomes your new best friend, and that unattainable full-night’s sleep becomes the most achievable goal – all thanks to cannabis.

To be completely honest, I could wax poetic about the intricate, innumerable benefits that cannabis can provide, but the fact remains that marijuana isn’t really marijuana if you can’t feel anything. An increased THC tolerance is going to keep you from feeling as great as you could be. So heed those aforementioned facts about your CB1 receptors. They are essentially the most important things every enthusiast needs to know about. The more you take care of them, the more they’ll take care of you.

Sometimes when you love something, you have to let it go. They say absence makes the heart grow fonder. Once those couple weeks are up, you two can rekindle that same love you shared before. It truly is a win, win.